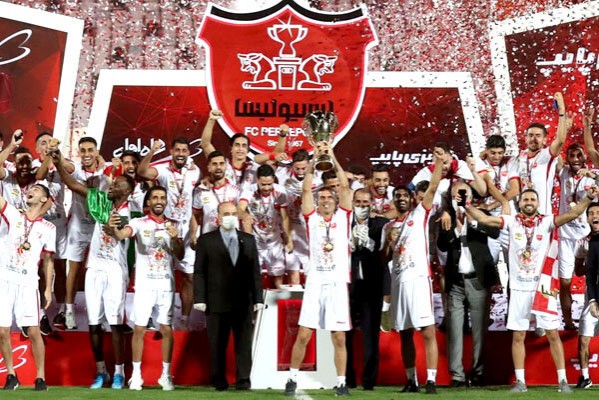 Tehran Times - Persepolis lifted the Iran Professional League trophy for the fourth time in a row amid fireworks in a special ceremony on Friday in Tehran’s Azadi Stadium.

Persepolis, who had won the title with four games to spare, celebrated the accolade in the empty stadium.

Before the celebration starts, Persepolis lost to struggling Zob Ahan 1-0 which it was their first loss after 16 matches.

The Reds are the most decorated football team in the competition, winning the title six times.

Persepolis started the 2019-20 IPL under stewardship of Gabriel Calderon but the Argentine left the Iranian giants in January after financial problem with the team’s officials.

Former Persepolis defender Yahya Golmohammadi was named as new head coach for his second stint and led them to win the title for the fourth successive time.