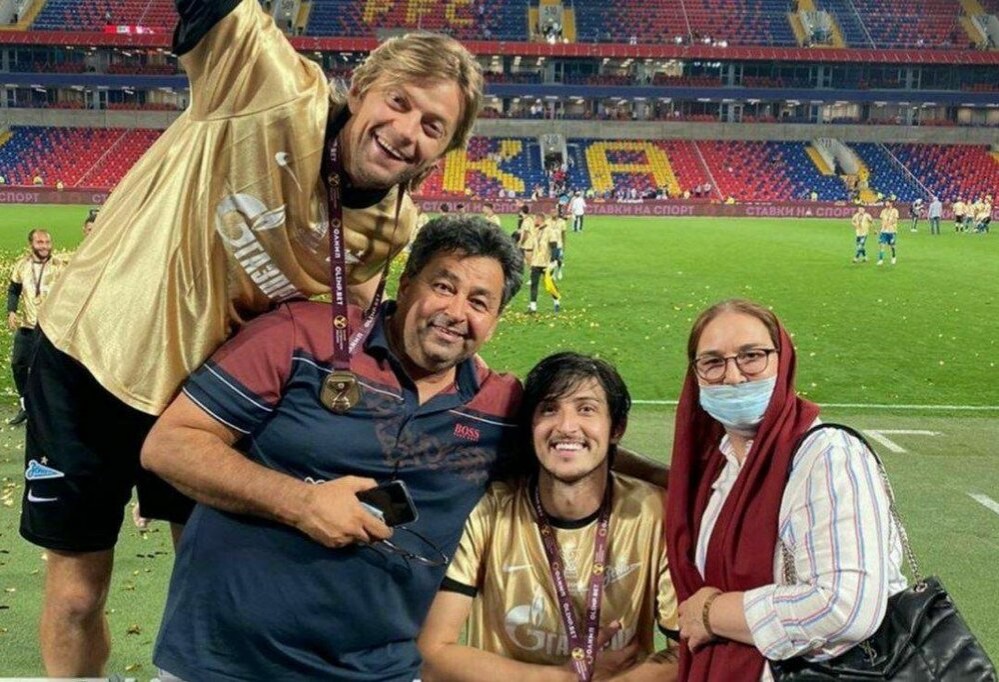 Zenit, who had already won the Russian Premier League (RPL) and the Russian Cup, secured their third glory in the 2019 – 2020 season with a 2-1 victory over Lokomotive Moscow.

Sardar Azamoun, who ended the 2019-20 Russian Premier League season as top scorer, started at the front line of Zenit and, despite failing to score at the Super Cup final, added more silverware to his 2020 season while helping his team to complete winning the treble within one year.

Azmoun currently is the most decorated Iranian player in the European leagues.

The Iran national team star scored 17 goals in the league, and despite equaling his teammate Artem Dzyuba, the Iranian was ahead of the Russian striker by fewer goals from the penalty spot.

The Golden Boot is awarded to the highest-scoring player in the league.

Sardar, 25, who has been playing six years in Russian teams, joined Zenit Saint Petersburg in 2019.

With €12m contract fee, Azmoun is the second most expensive Iranian player of all-time, After Alireza Jahanbakhsh.

Azmoun shared his delight on social media by posting a picture with the trophy along with his parents, attaching the caption 'And the third trophy… Thank God!'