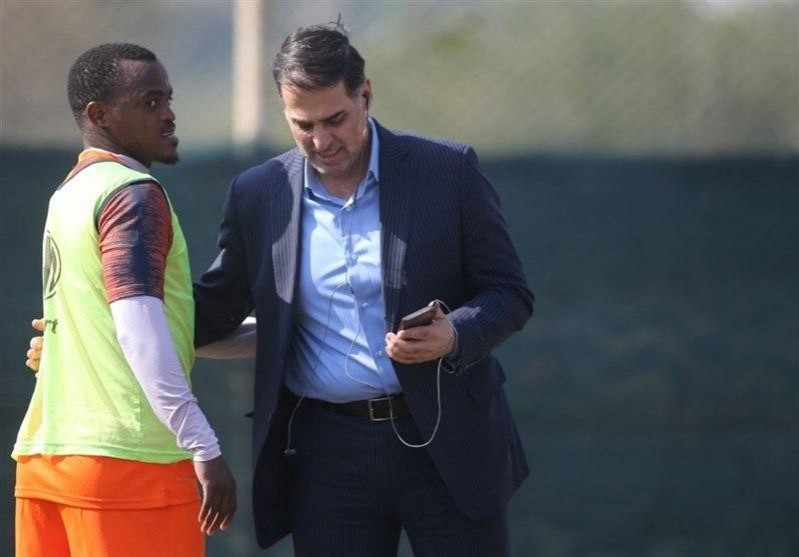 SuperSport - Former Bafana Bafana international midfielder Ayanda Patosi appears to be on his way out of Iranian side Foolad after being criticized as overweight by the club.

But it seems the 27-year-old, who is still on loan from Cape Town City, will not be short of options despite being labelled a “sumo wrestler” by club CEO Saeed Azari.

Patosi returned to South Africa during the lockdown in Iran and then was delayed in his return to the Persian country with international travel difficult.

His club claimed he picked up eight kilograms in that time and Foolad have suggested they may fine him his wages as he would be in breach of contract for not taking the necessary steps to keep fit.

"We will not give Patosi free money," Azari told reporters. "Patosi did not fulfill his commitment during the quarantine period and is overweight by eight kilograms, but fortunately five club managers are looking to sign him.

"Patosi was a good footballer, but he is not now. This player is now more like a sumo wrestler!”

Patosi has managed just a few minutes off the bench for Foolad since football returned in the country in mid-July.

It is not the first time his off-field dedication has been questioned. While in Belgium at Lokeren, where he spent seven seasons, it was suggested by a number of coaches that he would be playing at a much higher level had he been more focused on his career.

Foolad is the third club in Middle East for Patosi, who previously spent time with Esteghlal in Iran and Bani Yas in the UAE.