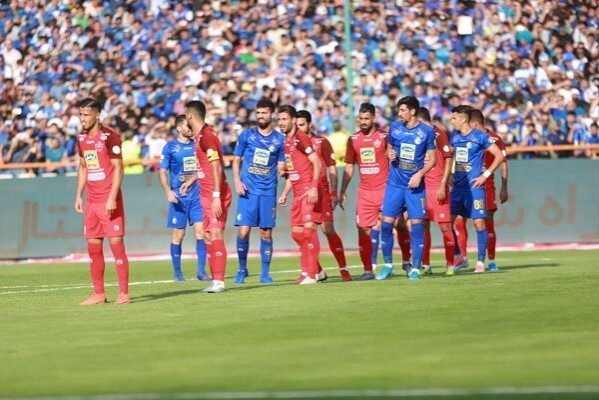 Tehran Times - Persepolis and Esteghlal football team will meet in the Hazfi Cup semi-final on Wednesday in what would be the penultimate match of the Iranian football season which will be held behind closed doors.

The Tehran Derby at Azadi Stadium will be a game to watch with both teams eying for the coveted Hazfi Cup trophy.

Esteghlal are the record holders as they have won the Iranian football knockout cup competition seven times while Persepolis, as defending champions, have won it six times.

The teams have met before in Hazfi Cup in three occasions, where the Reds defeated their crosstown rivals two times and lost one.

In a derby, excitements are always high but the game being a cup semi-final has magnified the excitement.

Persepolis have performed excellently during the past four years. Having won four consecutive Iran Professional League (IPL) titles, and they are looking for their second domestic treble as well after winning the league, Hazfi Cup and super cup titles in the 2019-2020 season.

Another trophy in Hazfi Cup would be brilliant as their focus will shift to the remaining matches of the AFC Champions League, beginning from Sept. 14 in Qatar.

Esteghlal, who have been frustrated in the current seasons, are more eager to win the match. Having finished second at IPL under the young manager Farhad Majidi, Esteghlal have already qualified for the next year’s Asian Champions League.

Esteghlal got the better of Gol-e-Reyhan Alborz and Fajr Spasi comfortably before defeating giants Sepahan comfortably in a 2-0 victory at Azadi to book their place in the last four of the Hazfi Cup.