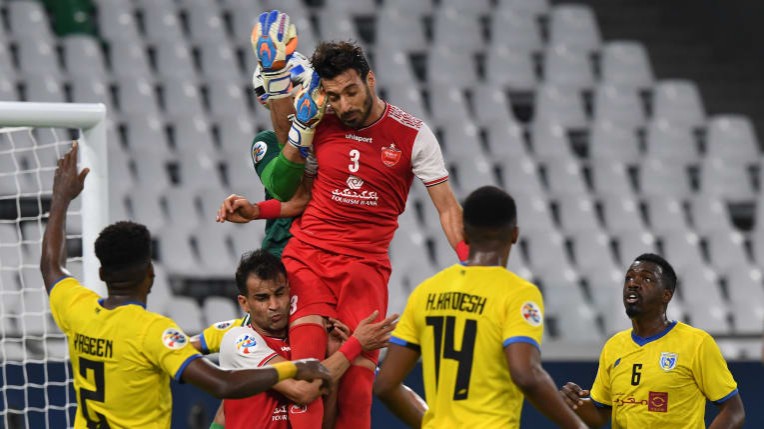 Sharjah’s 4-2 win over Al Duhail earlier on Friday opened the group up, meaning that regardless of the result, both Al Taawoun and Persepolis would remain in contention going into Matchday Five, but a win for either side at Education City Stadium would send them top of Group C.

A cagey start to the game had play mostly centered in the middle of the park amid physical battles that saw Al Taawoun receiving a blow in the 25th minute after winger Abdulmajeed Al Swat was forced off the pitch by an injury, being replaced by Rabeaa Sefiani.

Al Taawoun’s only sight of goal for the 90 minutes was a tame Cedric Amissi effort that was calmly collected by goalkeeper Hamed Lak.

Persepolis came closest to opening the scoring in the last minute of the first half when Isa Al Kasir received Ehsan Pahlavan’s pass on the left flank, cut inside and bent an effort that rattled goalkeeper Cassio’s upright before going wide.

The Iranians started the second half with a bang, piling the pressure on their opponents and forcing a mistake from Brazilian defender Iago Santos who fouled Al Kasir inside the box, prompting the referee to point to the spot.

With just three minutes gone after the restart, Iraqi midfielder Bashar Resan stepped up and converted from the spot, to hand Persepolis the lead.

Resan could have doubled his tally in the 70th minute when he got the ball outside Al Taawoun’s penalty area, dribbled past his marker and drilled an effort that needed a combination of the goalkeeper’s fingertips and the post to stop it.

The result means Persepolis topple Al Taawoun off the top of the group, taking the top spot for the first time.

The Saudi side drop to second, with a superior head-to-head record keeping them above Al Duhail, while Sharjah remain bottom despite their victory earlier on Friday.

But with just three points separating first from fourth, the last two matchdays will see fierce competition in Group C.