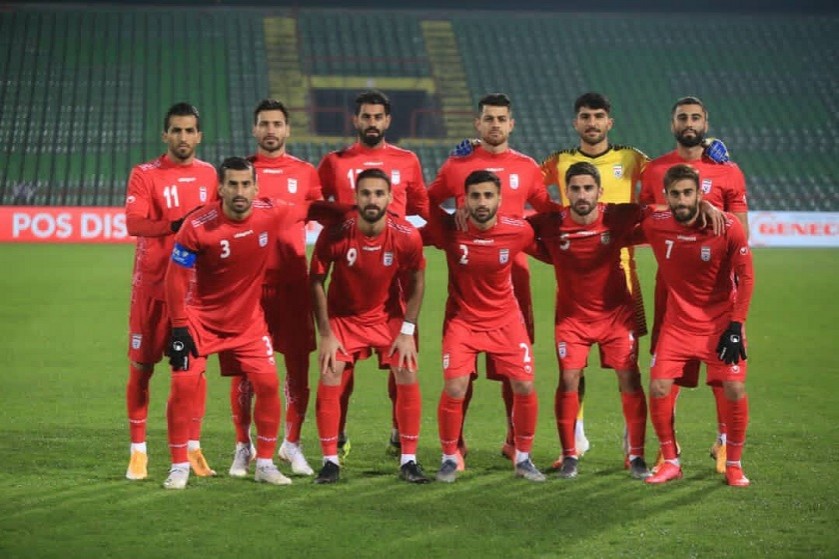 Tehran Times - Iran football coach Dragan Skocic has so far proven that he has linked up so well with his side as he gained the second consecutive away win with the ‘Persian Leopards’.

Iran national football team defeated Bosnia and Herzegovina 2-0 in a friendly match on Thursday. Kaveh Rezaei and Mehdi Ghaedi found the back of the hosts’ net at the Asim Ferhatovic Stadium.

While there’s a temptation to focus on how impressive the team's general performance was, that was true for the Iranian team all over the pitch.

They were impressive in tactical moves, with some magnificent combinations everywhere. Kaveh Rezaei and Ali Gholizadeh, who both play at Belgian First Division A club Charleroi, made good cooperation in this match. In another, it was Vahid Amiri and Ahmad Nourollahi in the midfield, and even at the defensive line, Shoja Khalilzadeh, Morteza Pouraliganji, and Mohammad Hossein Kanaanizadegan were impressively in synch.

Although Iran was a bit slow at the start of the game, it was understandable because it is a team that has not worked together a lot. Moreover, it was just the second game with the Croatian coach at the helm.

But over time, the coordination of the players increased, especially in the attack, the movements were performed with high rhythm.

By putting three experienced center-backs, Dragan Skocic applied a new tactic, and that was important to give stability to the team.

In front of that, the national team were not physically as strong as before, but we had good technicians with Ehsan Haji Safi and Ahmad Nourollahi as defensive midfielders.

The two midfielders used the ball really well. Their combination with the wing-backs (Milad Mohammadi and Sadegh Moharrami) and the three forwards (Amiri, Golizadeh, Rezaei) was, at times, fascinating.

Against a well-organized side as Bosnia and Herzegovina, the Iranian national team were tested defensively as it was expected and, at the same time, created a lot of good opportunities and used the ball really well.

It was Dragan Skocic’s second match in charge. Iran had defeated Uzbekistan 2-1 on Oct. 8 under the Croat’s tutelage.

As the ‘Persian Leopards’ prepare for the 2022 World Cup qualifiers, where they sit third in Group C behind Iraq and Bahrain, tougher tests await before Skocic can be trusted fully by the strict Iranian football fans and experts.