PLDC - Legendary Iranian football player Ali Karimi has announced his nomination for the presidency of the Football Federation of the Islamic Republic of Iran (FFIRI).

He announced his decision in an Instagram post on Monday. “I still seek to stay beside the people of my country and participate in the election as a candidate for the presidency of the football federation,” he wrote. 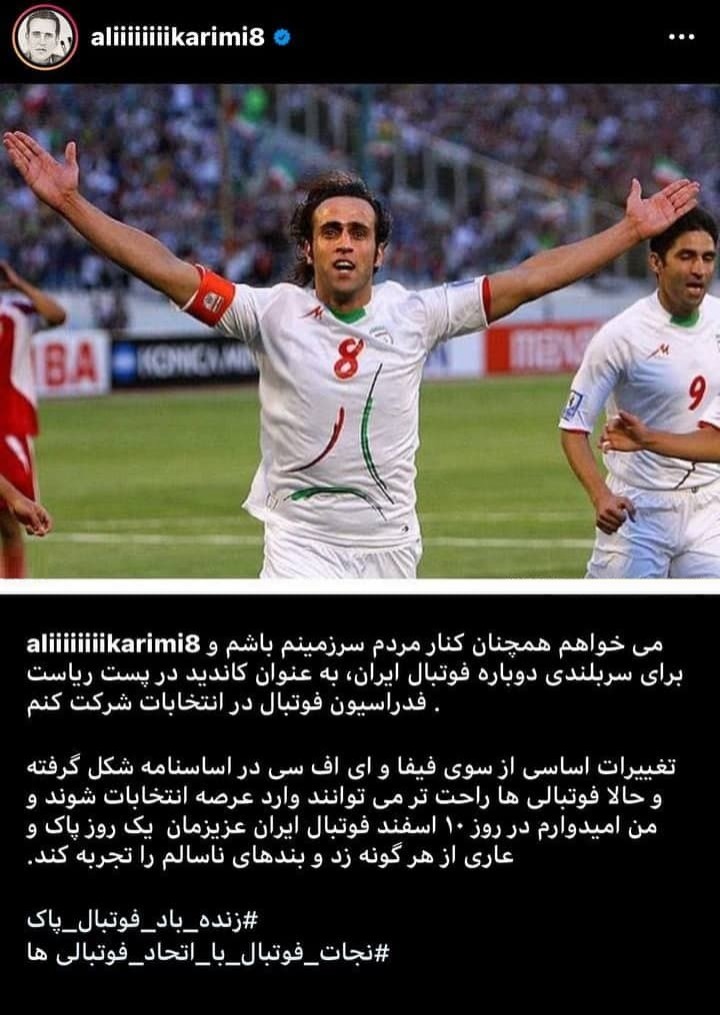 The Asian Football Federation (AFC) and FIFA have introduced ‘fundamental changes’ in the statutes of the Iranian federation and now footballers can participate in election ‘easier’, he added.

He also hoped that the football community would see a clean and collusion-free election day on February 28, 2021.

Karimi, 42, is among the top footballers in the history of Iran as fans gave him the title of ‘magician’ for his unique individual techniques. He had 127 appearances for the Team Melli, scoring 38 goals.

FFIRI was involved in a long process with the world governing body over alleged government interference. FIFA demanded changes to the FFIRI statutes more than a year ago and rejected amended documents submitted on several occasions. Finally, it was in November that FIFA approved the football federation’s statutes.