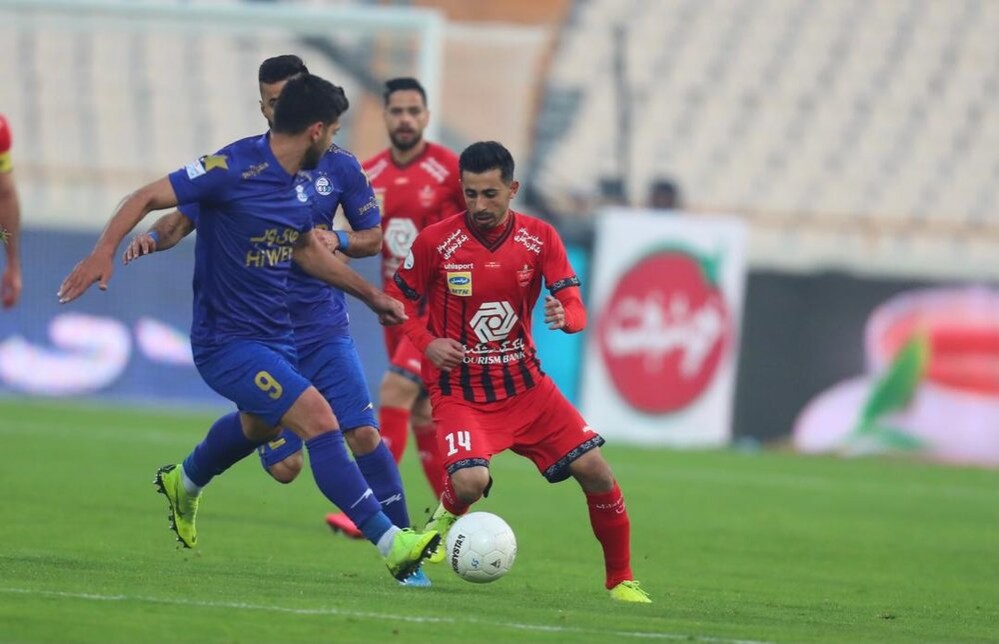 In the match held at the empty Azadi Stadium, two teams shared the spoils in a 2-2 draw.

It was Persepolis’ fourth successive draw in the Iran league.

The Reds have not won a single match after losing to Ulsan Hyundai on Dec. 19 in the final match of the 2020 AFC Champions League.

Esteghlal striker Arsalan Motahari was on target just one minute into the match after the Persepolis defenders made mistake into the area.

Shortly after, Persepolis put the Blues under pressure but failed to equalize the match in the first half.

Persepolis striker Mehdi Abdi benefitted from Esteghlal defenders’ error in the 51st minute and found the back of the net.

Abdi also set up Vahid Amiri for a chance and Persepolis player found the back of the net in the 66th minute.

Persepolis could have won more goals but their players wasted their chances.

Esteghlal forward Mehdi Ghayedi leveled the score in the dying moments of the match with a powerful strike inside the area.

Esteghlal remain second place in the table with 19 points with one game in hands while Persepolis are eighth with 12 points with two games in hands.

The match was 94th competitive meetings between the two teams. Esteghlal have won 26, Persepolis 24 and the remaining 44 games finished as draws.