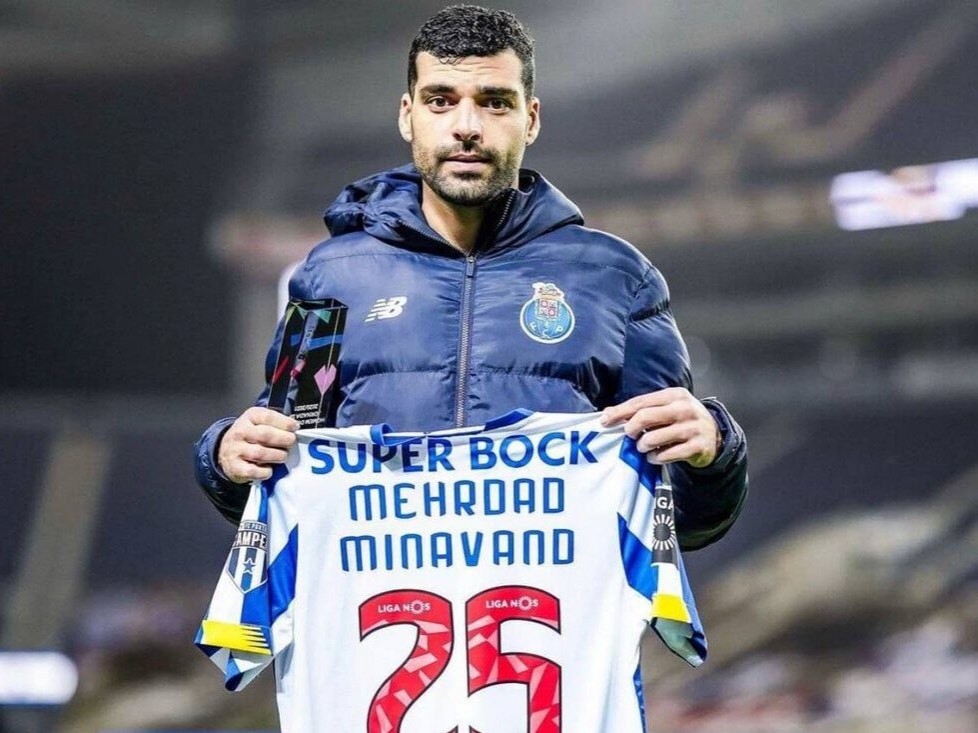 Taremi was chosen as the Man of the Match Monday night after his eye-catching performance against Rio Ave in Primeira Liga.

He helped his team beat Rio Ave 2-0 and remained in title race.

At the end of the match, Taremi respected his countryman holding a shirt with Mehrda Minavand’s name on its back.

Minavand passed away last week at the age of 45 after losing battle against COVID-19. He started his career at Tehran based football club Pas in 1994 but joined Persepolis a year later.

The left winger also played for Austrian club Sturm Graz and Charleroi from Belgium before returning to Persepolis once again in 2002.

Minavand was a member of Iran national football team in the 1998 FIFA World Cup, where they registered their first-ever victory in the competition against the U.S. in France. He also won a bronze medal with the Persians in the 1996 AFC Asian Cup.