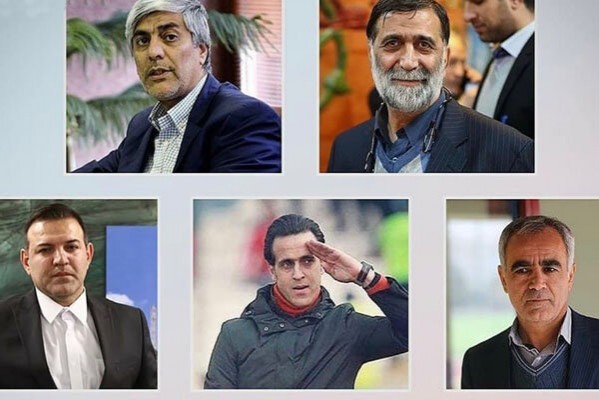 Tehran Times - The Football Federation of the Islamic Republic of Iran (FFIRI) confirmed the final four candidates who will stand in the FFIRI elections which will be held on Feb. 28.

Based on the FFIRI’s electoral commission’s announcement, Ali Karimi, Mostafa Ajorloo, Shahabeddin Azizi Khadem, and Kiumars Hashemi have all been admitted for the final campaigning.

Heydar Baharvand, FFIRI’s current acting president, was the most notable figure that his candidacy for the Iranian football federation presidency was invalidated by the electoral committee.

While Ali Karimi, legendary Iranian footballer, is the most famous person among the candidates and is seen as the frontrunner, all four nominees are involved in a frantic hunt for votes.

Ali Karimi, the former player of Persepolis, Bayern Munich, and Iran national team has introduced Mehdi Mahdavikia, another Iranian football legend, as the first vice-president of the FFIRI. He also has selected Saeid Daghighi and Fatemeh Alipour as his second and third vice-presidents if he wins.

This is the first time that, based on the amended version of the FFIRI’s statutes approved by FIFA, the former football stars are able to compete in the presidential elections. In the previous version of the statutes, running for elections was only possible for those who had a managerial background.

Karimi is already supported by many celebrated people in Iran, including football legends and also some prominent artistic and even political figures.

Kiumars Hashemi, former president of Iran’s National Olympic Committee (NOC), who also served as the interim FFIRI president for a while in 2006 is also believed to be able to play the leading candidate role to assume the presidency of the federation and to win the majority of votes of the FFIRI’s General Assembly members.

Shahabeddin Azizi Khadem the former member of the FFIRI’s Board of Directors, is now seeking the presidency of the federation. He is a financial expert with some managerial and industrial backgrounds in his career.

The candidates will seek the FFIRI’s general assembly support to win the most important chair of the Iranian football on Feb. 28.