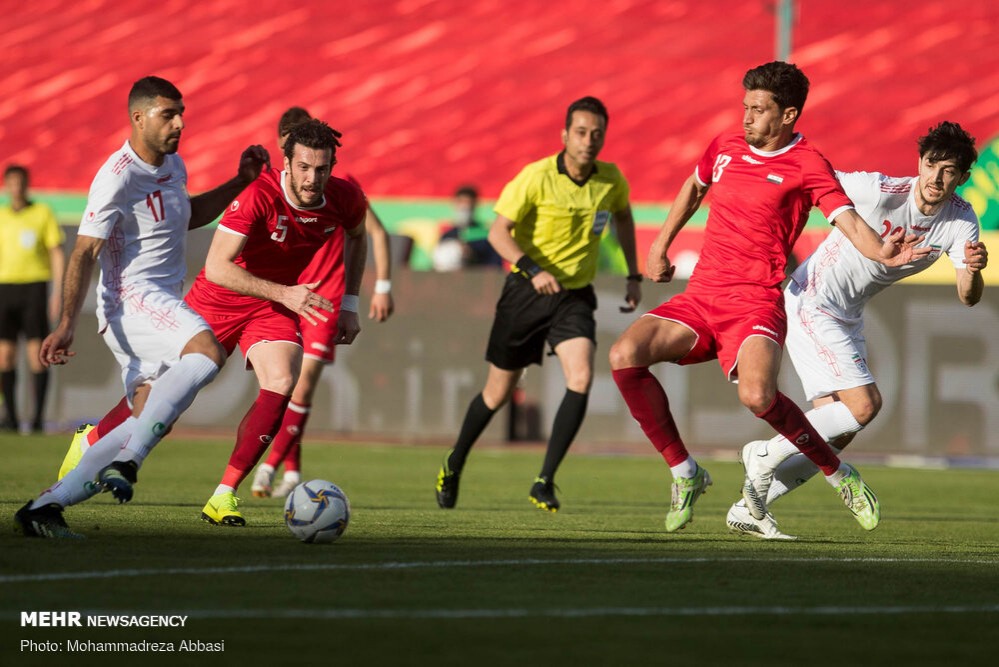 Tehran Times - Iran national football team showed a promising performance against Syria in a friendly match held in Tehran on Tuesday as part of preparation for the 2022 World Cup qualifiers.

It was Dragan Skocic's third match in charge of Iran. The team had previously defeated Uzbekistan and Bosnia and Herzegovina in two friendly matches.

Iran look forward to participate in the FIFA World Cup for the third time in a row but they have a difficult task ahead since the remaining matches will be held at the centralized venue in Bahrain in June.

The 'Persian Leopards' are scheduled to play Hong Kong and Cambodia on June 3 and 7 in Manama.The matches against Bahrain and Iraq will be also held on June 11 and 15.For the match against Syria, Skocic showed that he is not afraid to blood young talent into his senior team. Jafar Salmani, Omid Noorafkan, Mehdi Tikdari and Mehdi Ghaedi, who are aged 24 and below, were invited to the team.

The Croat didn't call up veterans Masoud Shojaei and Ashkan Dejagah and it means that he is keen to build on the success of the previous warm-up matches. Even though some of the experts are not optimistic about Skocic's team in the qualifications, his outfit are talented enough to book a place at the final round of World Cup qualifications.

Iran are well-equipped to handle the four games since the team benefit from the players who are playing on a regular basis in their teams. Sardar Azmoun is a key member of Zenit, while Mehdi Taremi has played a key role in helping Porto win a place in the UEFA Champions League quarter-finals. Alireza Beiranvand also plays regularly at Antwerp.

The team could be even stronger by Alireza Jahanbakhsh and Saeid Ezatolahi. Iran National Team need support for the four games. They should play one or two more friendly matches to prepare better for the Qualifiers.