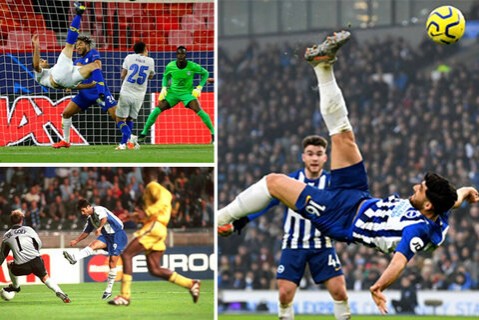 Tehran Times - Iranian players have a long history of scoring against English side Chelsea. Chelsea have conceded six goals from the Iranian players.

On May 18, 1973, Chelsea played a friendly match with Persepolis in Tehran and the match finished in a 1-1 draw.

Tommy Baldwin was on target for the visiting team in the 18th minute but Iraj Soleymani levelled the score with a long-range shot in the 90th minute.

Chelsea lost to Tehran Team 1-0 a few days later at the Amjadieh Stadium. Ali Jabbari was on target just three minutes into the match.

On Sept. 21, 1999, Hertha Berlin defeated Chelsea 2-1 at the Olympiastadion in the UEFA Champions League group stage. Iranian forward Ali Daei made a brace against the visiting team in the 2nd and 69th minutes.

21 years later, Alireza Jahanbakhsh scored a phenomenal overhead kick against the Londen based giants. On Jan. 1, 2020 Brighton held the Blues to a point on New Year’s Day.

“When I saw the ball, I just tried to hit it as hard as I could and the bicycle kick was the only option. I'm going to watch it a couple more times,” Jahanbakhsh said at the end of the match.

Porto shocked Chelsea thanks to a stunning bicycle kick from substitute Taremi, but it proved too late for the Dragons to overturn their quarter-final first-leg deficit. Porto had lost to Chelsea 2-0 in the first-leg.