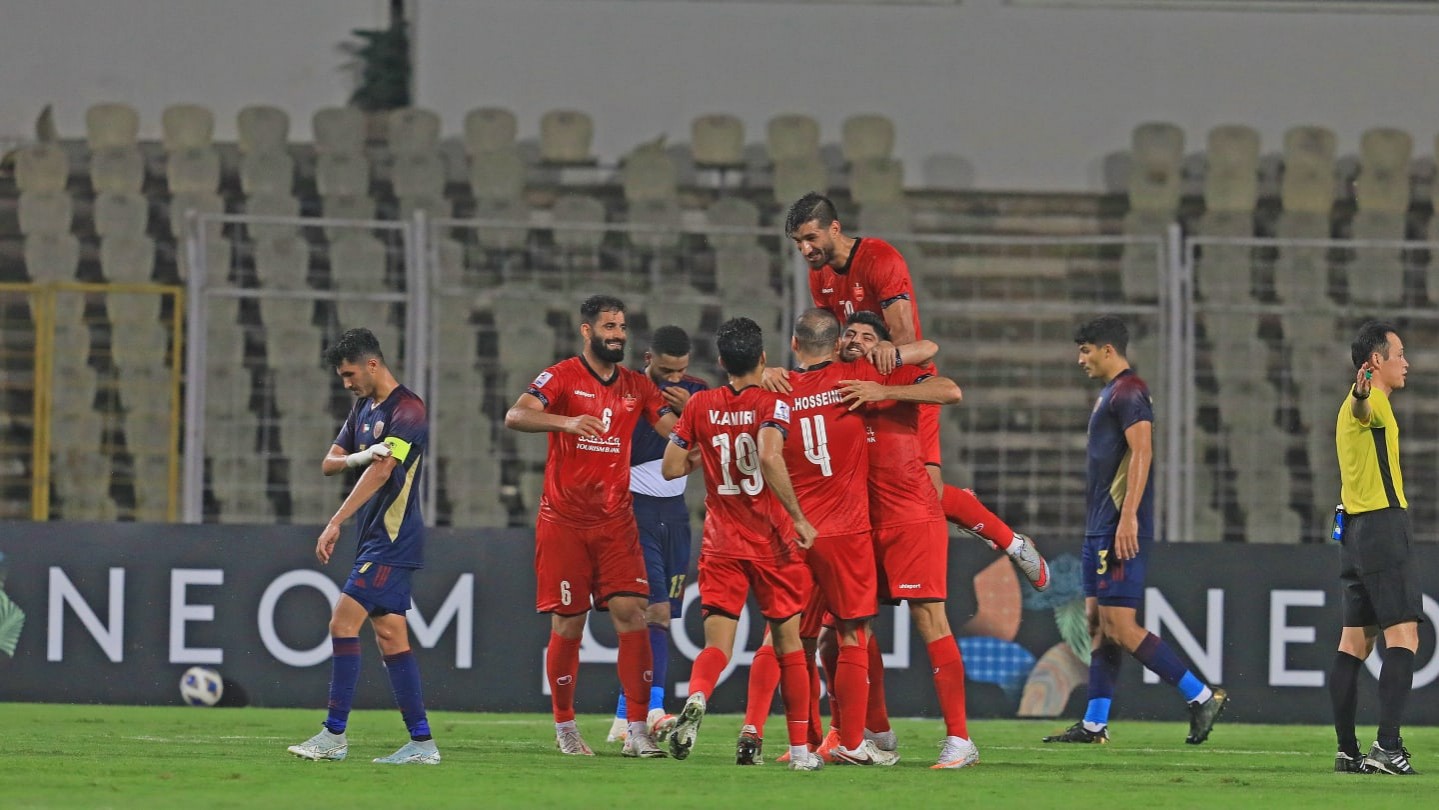 Persepolis, who lost last year's final to Korea Republic's Ulsan Hyundai, kicked off their 2021 campaign with a hard-fought win at the Pandit Jawaharial Nehru Stadium that gives Yahya Golmohammadi’s side the ideal start to their quest for an elusive continental club title.

Hosseini’s goal was a rare strike in open play for the 39-year-old central defender and it capped a first half display in which the team from the Islamic Republic of Iran dictated much of proceedings.

Persepolis had hit the woodwork as early as the eighth minute when Ahmad Noorollahi’s low cross popped up to head height off the foot of an Al Wahda defender and Shahriyar Moghanloo’s header ricocheted off the crossbar.

At the other end of the field, Al Wahda threatened in more conventional manner as Tim Matavz steered his first-time shot wide from 12 yards out before Omar Khrbin dragged his effort off target from outside the area.

With nine minutes remaining in the half Hossein Kanani headed over the bar for Persepolis before Hosseini gave his side the lead, finishing off a neat move with an adept strike.

Mehdi Torabi exchanged passes inside the penalty area with Ehsan Pahlavan before feeding the captain on the edge of the area and the three-time AFC Asian Cup veteran coolly stroked his effort into the corner of Rashed Ali’s goal.

Torabi squandered a golden chance to add to Persepolis’ lead 20 minutes after the restart when he pushed his effort wide after being played in by Moghanloo, but while Al Wahda sought to find a way through in the dying minutes, the Iranians held on to pick up their first three points of the 2021 edition.