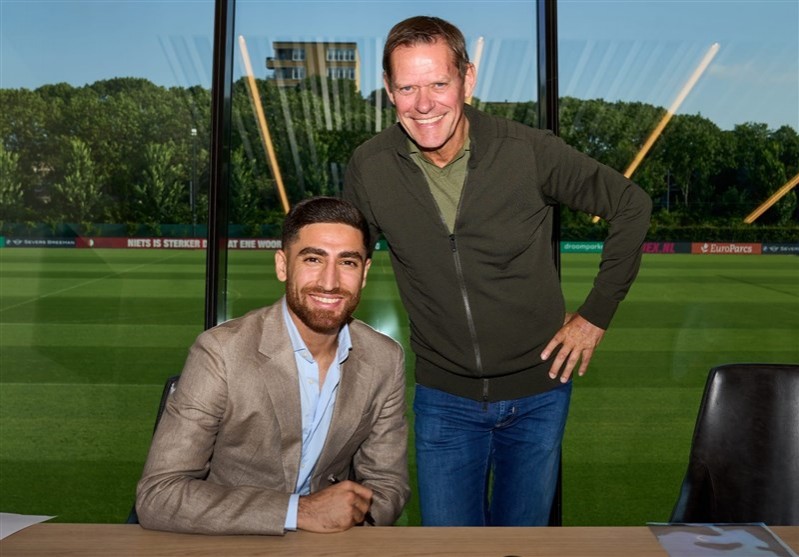 Tasnim – Alireza Jahanbakhsh has revealed the key role Feyenoord manager Arne Slot played in his return to the Netherlands.

The 27-year-old joined the Rotterdam outfit from Albion on Saturday.

Slot was assistant manager at AZ Alkmaar to John van den Brom during Jahanbakhsh’s time at the club, The Argus reported.

But the Iranian international revealed that when Slot expressed his interest in signing him for Feyenoord, he was determined to make the move happen.

He told the club’s official website: “During my time at AZ as assistant coach, Arne Slot was one of the people who helped me to become a better player.

“So when he called and asked if I wanted to come to Feyenoord, I told him I was going to do everything I could to make this transfer. I had no doubts.”

He said: “With Alireza we add the desired offensive reinforcement to the selection. A player who has proven to achieve a high return for several seasons.

“Moreover, he is now in the phase of his career where he can quickly be of enormous added value to us.”