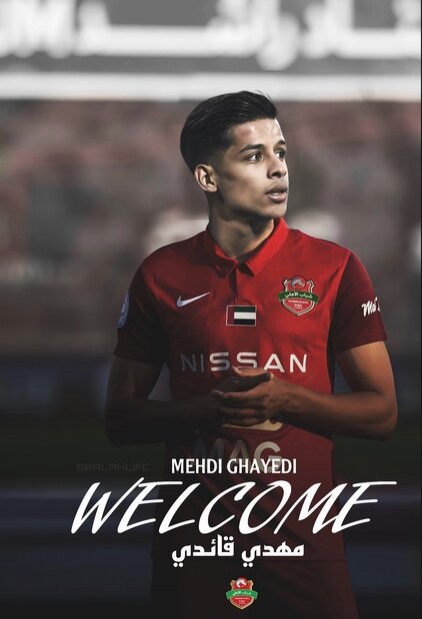 The Iranian talent is currently in UAE and reports already indicate that the agreement with Al-Ahli is almost complete.

Ghayedi has a contract with Esteghlal and the Tehran-based club’s general manager Ahmad Madadi has left for UAE to discuss the deal.

According to reports by Emirati media, Esteghlal will accept the deal if Ghayedi can play for the team against Saudi Arabia’s Al Hilal on September 13 in the Round of 16 of the AFC Champions League.

If Al-Ahli accepts this condition, Ghayedi will miss three first matchdays of the club in the UAE Pro League. The team has already completed the signing of another Iranian player; Ahmad Nourollahi from Persepolis.

The fee of the 22-year-old’s contract with Al-Ahli has been reported to be near $2 million which will provide Esteghlal with a significant sum of money that could be in turn settle the team’s debts to foreign players and coaches like Andrea Stramaccioni.