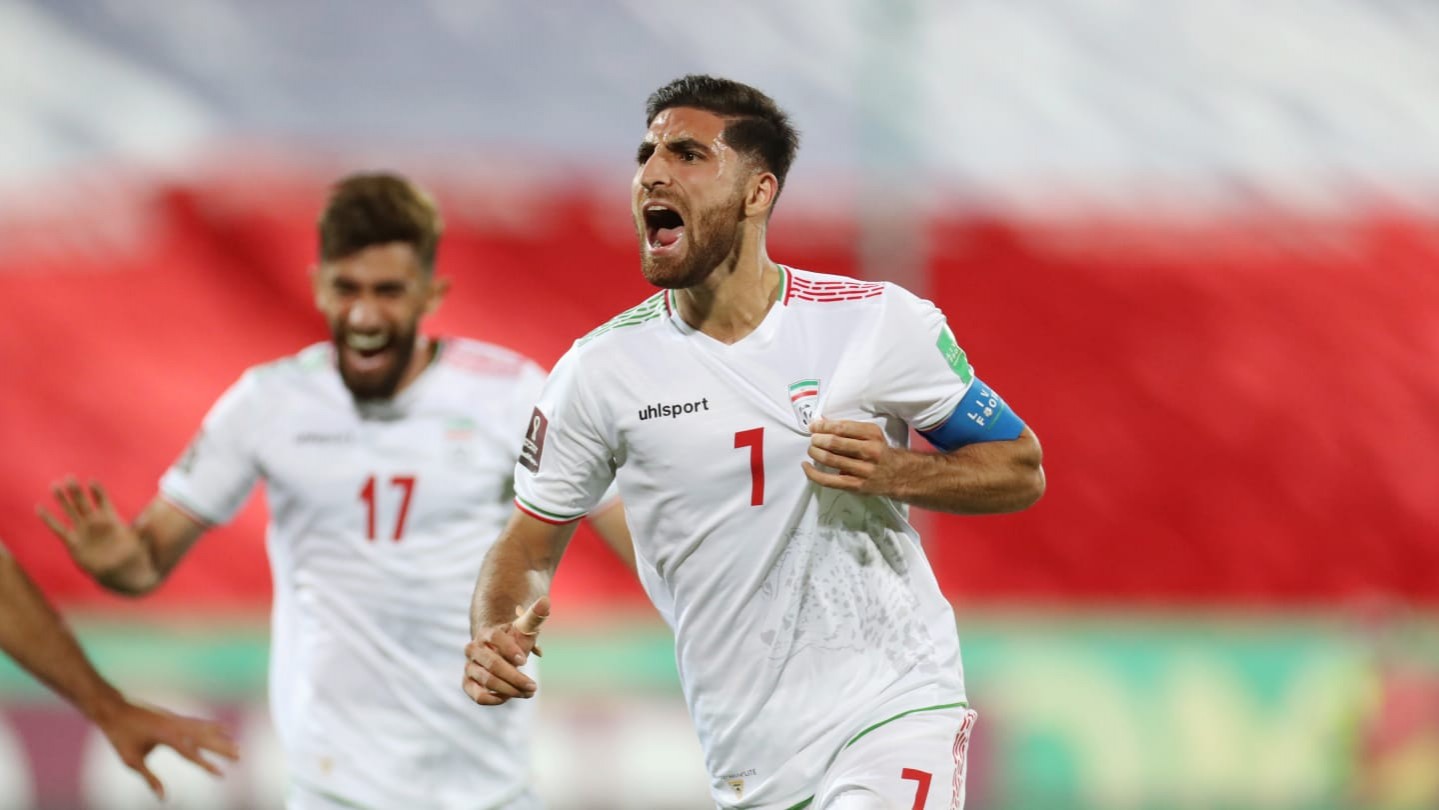 AFC - A goal from captain-for-the-night Alireza Jahanbakhsh proved decisive as Islamic Republic of Iran defeated Syria 1-0 in their opening AFC Asian Qualifiers – Road to Qatar Group A clash at Azadi Stadium on Thursday.

Jahanbakhsh broke the deadlock with a deflected strike in the 56th minute, with three points in Group A Team Melli’s reward for breaking down Nizar Mahrous’ side on a night where clear-cut chances were few and far between.

The Iranians will have the chance to make it two wins from two when they face Iraq in Doha on Tuesday, while Syria will have the opportunity to bounce back against the United Arab Emirates in Amman.

Unbeaten against Syria in almost half a century, Iran went into the match as favourites and looked the part in the early stages, missing an early chance to take the lead when an unmarked Shoja Khalilzadeh headed Saman Ghoddos’ corner off target in the third minute.

Despite sitting 54 places below their opponents in the FIFA rankings, Syria produced a golden early opportunity of their own in the 16th minute, when Omar Khribin pounced on a missed interception from Khalilzadeh, only to drill his low effort harmlessly wide.

It was a spirited and, at times, bruising encounter, with Milad Sarlak’s night coming to an early end after a heavy collision with Khribin, but the hosts were the team in the ascendancy, keeping more than 70 percent of first half possession.

But despite their relative control of the match, Dragan Skočić’s side asked few difficult questions of Syrian goalkeeper Ibrahim Alma, who denied Ali Gholizadeh after one of Iran’s better passages of play in the dying moments of the first half.

Team Melli’s momentum paid dividends 11 minutes after half-time after an incisive attacking move, with striker Mehdi Taremi holding the ball up before neatly supplying Jahanbakhsh, whose strike benefitted from a substantial deflection from Syria’s Thaer Krouma on its way into the net.

The game was now Syria’s to chase, but it was Iran who remained a step ahead, with the impressive Gholizadeh causing ongoing headaches for the visitors until he was replaced in the 73rd minute, and the defensive pairing of Khalilzadeh and Hossein Kanaani repelling nearly everything that came their way.

A rare Syrian chance went begging when Saad Ahmad missed a free header after venturing forward for a set-piece with 10 minutes remaining, and further late forays forward came to nothing as Skočić’s men sealed a winning start to their final push on the Road to Qatar.