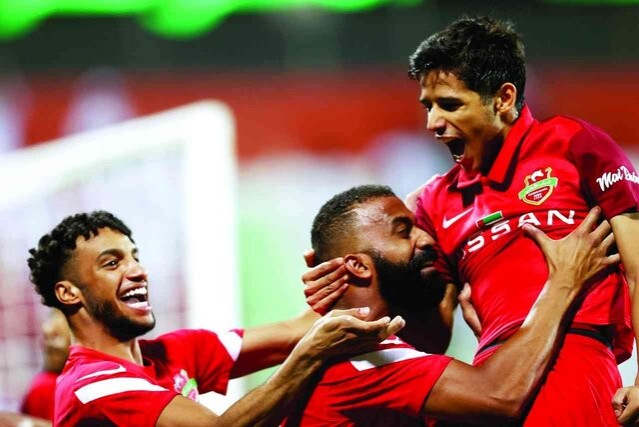 PLDC - Iranian striker of Shabab Al-Ahli Mehdi Ghayedi had a fabulous night against Sharjah on Saturday.

On matchday four of the UAE league, Shabab Al-Ahli edged past Sharjah 4-3 thanks to two goals and one assist by Mehdi Ghayedi.

Bernard opened the scoring for Sharjah just one minute into the game and no further goals were scored in the rest of the first half.

Just two minutes after coming into the pitch, Mehdi Ghayedi converted Juma Eid’s pass and leveled the match in the 48th minutes.

But Sharjah did not pull back and Lucas Fernandes scored another goal for the team in the 58th minute.

Five minutes later, Shabab Al-Ahli again scored an equalizer by Igor Jesus from the penalty spot. However, Ben Malango scored yet another goal for Sharjah in the 66th minute to make the match 3-2.

Ghayedi’s technique came to help Al-Ahli in the 81st minutes when his ball touched Sharjah’s net by an own goal of Salem Sultan. This was not the end and three minutes into the added time, Ghayedi showed part of his technique, getting past two defenders and putting the ball into the corner of the net.

The Iranian striker’s performance has had a vast reflection in UAE dailies and social media.

Shabab Al-Ahli is sitting third in the table with 10 points from four matches.