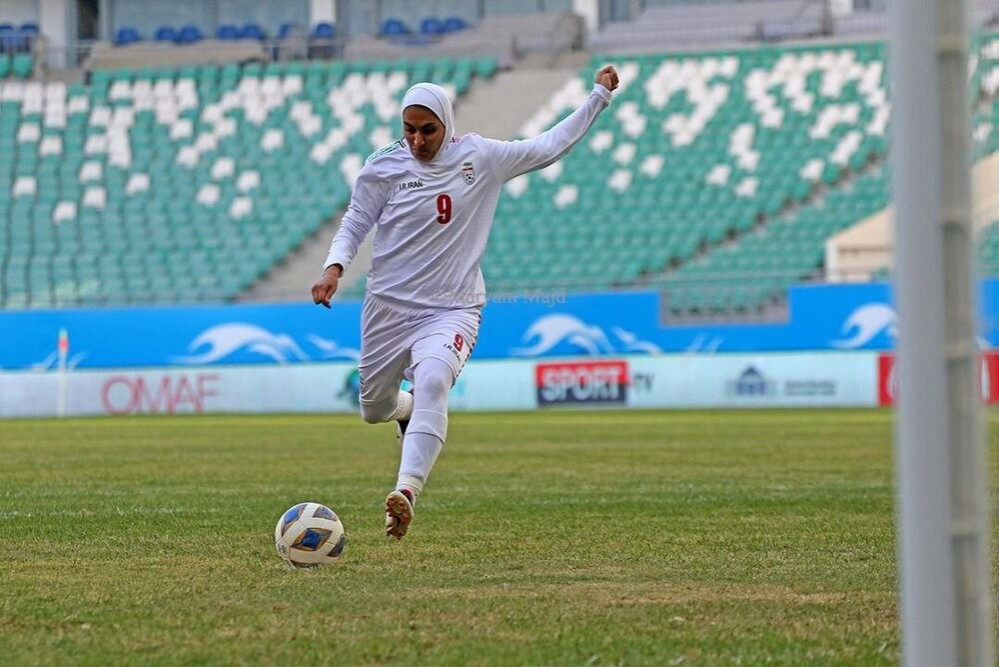 Tehran Times - Iranian women's national football team passed a complex challenge in the Asian Cup qualifiers because they win two challenging games, according to Zahra Ghanbari, the striker and one of the team's two captains.

Iran qualified for their first-ever AFC Women's Asian Cup, defeating Bangladesh and Jordan, respectively. They made history by creating a ground-breaking milestone in the women's game.

“Thanks God we did well in the competition in Jordan,” Ghanbari said at the beginning of her interview with Tehran Times.

“It was a difficult group for us. All the people talk about our win about Jordan, but the game against Bangladesh was so difficult. Bangladesh have progressed a lot during the recent years, and they were a hard-working team,” she said.

Iran's 4-2 win over Jordan on penalties after a goalless draw at Bunyodkor Stadium in Uzbekistan and leading Group G is considered the biggest surprise of the AFC Women's Asian Cup qualifiers so far.

“Jordan are a great team. We were in good condition in the match against them and could control the game. Iran had chances to score, but it went to stressful penalty shootouts. Fortunately, we did better in penalties,” Ghanbari said.

Ghanbari, one of the best goal scorers in women's football, was surprisingly on the bench in both national team games.

“It was the head coach's decision, and I accepted. However, I was completely ready and had no injuries. But the most important thing is the success of the team. I have no idea about the reason behind the coaching staff's decision,” said the forward of the Shahrdari Bam.

At the beginning of 2021, Iran had been taken out of the latest FIFA rankings list entirely due to not playing an international game for more than one year. Now the team are back in the ranking and sit in 72nd place.

“It was a tragic time for our football,” Ghanbari said, “We lost time, and we lost our hopes, while the other teams were working on their plans.”

“Fortunately, with the changes in the football federation, we again played in international matches and could back in the FIFA Ranking. I appreciate what Mr. Azizi Khadem, the federation president, and Mrs. Shohereh Musavi, head of women's department, have done to rebuild the national team,” Ghanbari added.