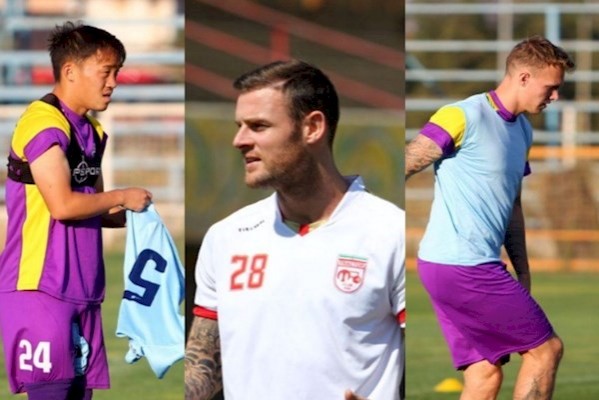 PLDC - The Iran international players have performed well for Tractor Sazi but their foreign players except Japanese midfielder Yukiya Sugita have not been satisfying so far.

Tractor Sazi are a favorite to win their first ever title in Iran Professional League but the Tabriz-based football team have faced problem with foreigners such as Kevin Constant.

The former AC Milan midfielder joined Iranian football club Tractor Sazi in early January but has yet to play for the team.

In the second half of the season, Belgium coach Georges Leekens has faced a problem since Constant is not in-form.

Yet Stokes is up there with 8 goals

Your English is too weak, stop writing articles Mr PLDC

oh man, I didnt see you thanking them for all the good work they do.
dont like it, dont read it!!!
in other words, if you odnt have a better solution, put a sock in it
keep up the good work guys.

who writes this sh!t?
Expect or except?
Grammar, vocabulary, sentence construction; Is the article written in some weird language and then translated through online translatin services such as Google Translate?