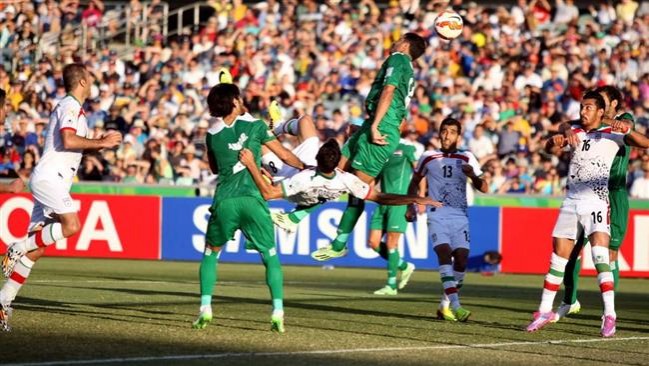 Tasnim - Iraq’s Minister of Youth and Sports Abdul-Hussein Abtaan said his ministry has been waiting for months for the Football Federation Islamic Republic of Iran’s response to an offer for holding a friendly soccer game in the Arab country.

“For about five months, we have been pursuing (a plan to hold) a soccer game between Iran and Iraq’s national teams in (the Iraqi cities of) Karbala or Basra but unfortunately, despite continued efforts, the demand has not been answered yet and we are still waiting for the greenlight of Iran’s Football Federation,” Abtaan told Tasnim.

The Iraqi official further lauded Iran’s progress in various fields of sports, including soccer and weightlifting.

“Iran and Iraq have very good relations in sports,” he said, highlighting several matches played between the two countries’ sports teams in in various fields.

The Iranian national football team was defeated against Iraq in a friendly match in March 2017.

In the match, held behind the closed doors in Tehran’s Azadi Stadium, Team Melli suffered a 1-0 defeat to Iraq.

Iran and Iraq enjoy cordial political, security and cultural ties. Iran has been a major supporter of Iraq’s government and people in the Arab country’s war against terrorism and Iraq’s market is a major destination of Iran’s non-oil exports.