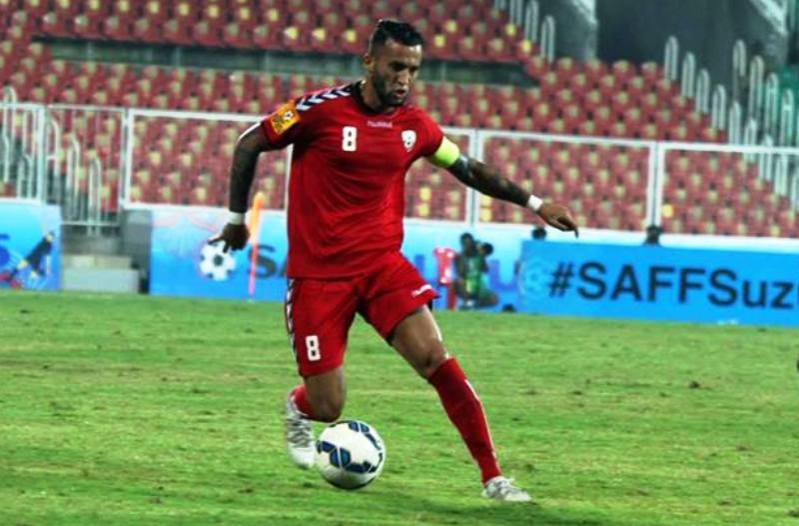 KP - The Afghan football captain Faysal Shayesteh will likely play in Iran premier league, the Persian Gulf Pro League, it has been reported.

The Afghanistan Football Federation (AFF) reported regarding the likely participation of Shayesteh in the Persian Gul Pro League.

Shahyesteh will likely play for Paykan team ahead of the club’s appearance against Saba Qom club.

The Head Coach of Paykan club Majid Jalali informed regarding the club’s decision to invite an Afghan player in their team.

Shayesteh started professional football career in Germany and started to play for the Afghanistan national football team in 2014.

He has hit 17 goals for the Afghan team during the 24 matches he participated on Afghanistan’s behalf.

This comes as another Afghan player, Owais Azizi, was invited to play in Persian Gulf Pro League earlier this year.

According to AFF, Azizi arrived in Iran to attend the training sessions of Tehran Naft after he was picked by the team to play in the league.

However, reports emerging from Iran suggest that the Head Coach of Naft FC was higher than the capabilities of Azizi despite he managed to attract a considerable attention during the training games.