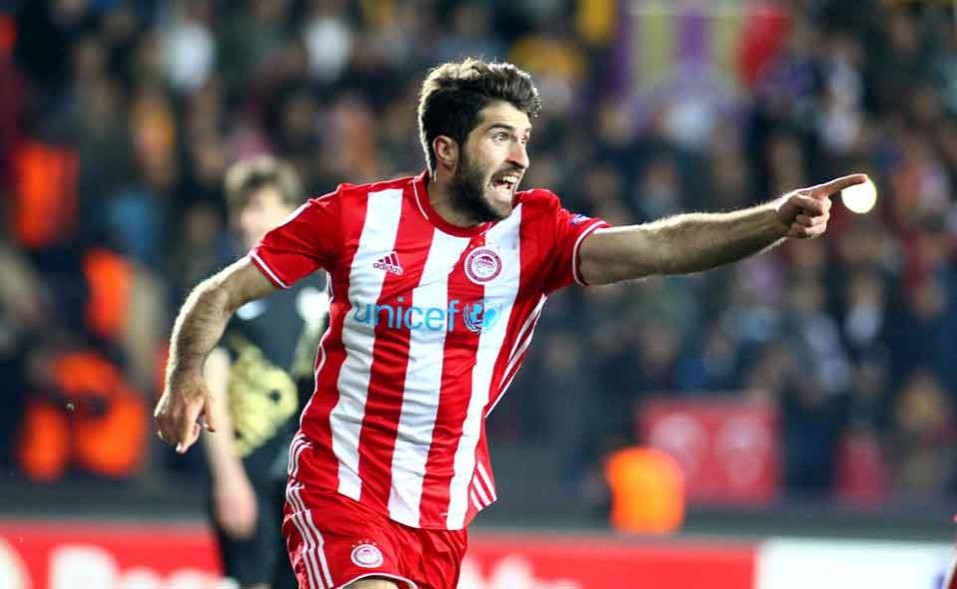 Ekathimerini - Karim Ansarifard scored twice on his European competition debut to give Olympiakos the boost it needed to see off host Osmanlispor with a 3-0 score in Ankara and advance to the last 16 of the Europa League on Thursday.

With the first leg in Piraeus having ended goalless a week earlier, Olympiakos had to score away from home to advance to the next round of the competition, and did so three times in the second half in Turkey despite the tricky pitch.

The first half was actually quite poor for Olympiakos, with the hosts having several occasions to open the score; however their finishing touch let them down time and again. The Reds committed several defensive errors and were lucky not to pay for them.

Yet barely two minutes after the interval Seba took a corner, Alberto Botia tried a swerving header and Ansarifard tucked the ball in from close range for a dream debut in Europe with the Olympiakos jersey. The Iranian striker only got a place in the starting line-up because Brown Ideye appears destined for China.

The goal turned the game on its head as the Turks clearly lacked the necessary experience – being at their first ever European campaign – to bounce back from this setback at home.

Olympiakos started missing chances until the 70th minute when substitute Thanassis Androutsos tried a parallel cross to find Tarik Elyounoussi in the box and the Norwegian international headed the ball home for 2-0.

The Turkish defense had crumbled and three minutes from time Ansarifard scored his second of the night heading the ball in after Osmanlispor keeper Zydrunas Karcemarskas had saved a Seba shot.

The result is also preserving the job of manager Paulo Bento, as the Portuguese’s position had become somewhat precarious after the goalless draws with Osmnanlispor and Atromitos at home and the loss to AEK away last Sunday. The irony is that Bento’s job is safe thanks to a player he had chosen to keep out of the squad and resorted to using on Thursday due to Ideye’s departure.

Notably the Osmanlispor fans surprised the Greeks with a banner that read "Dear neighbor, friendship will win" in Greek, English and Turkish.

Olympiakos is joined in the last 16 of the Europa League by Cypriot champion APOEL, that defeated Athletic Bilbao 2-0 in Nicosia on Thursday and 4-3 on aggregate.