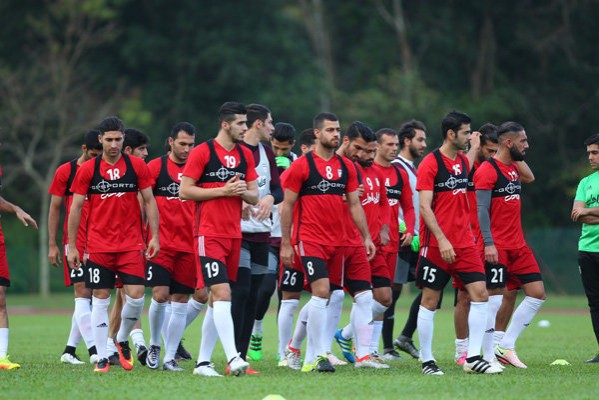 MNA - Iran’s football caravan left Tehran for Doha to play against Qatar at Preliminary Round 3 of the 2018 FIFA World Cup Russia Asian Qualifiers.

The Iranian outfit is scheduled to face Qatari rivals on March 23 in Doha’s Jassim Bin Hamad Stadium. As such, the Persians departed for the capital of the Arab state in the south of Persian Gulf on Sunday morning.