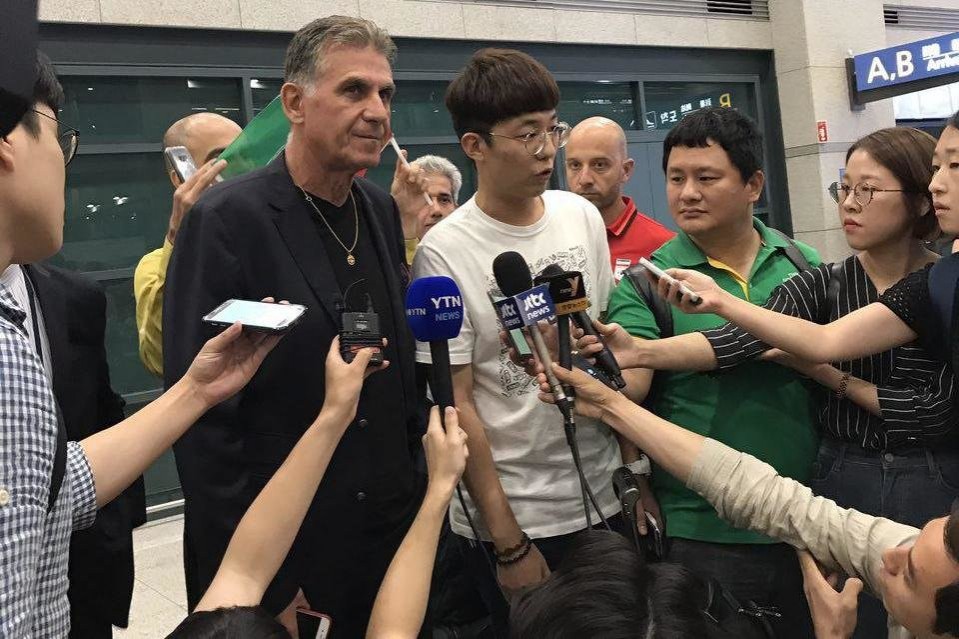 Team Melli have been scheduled to face South Korea at Seoul World Cup Stadium on Thursday.

The Taeguk Warriors have a poor record against Iran of late, losing their last four meetings 1-0.

Iran, who have already booked their berth in the 2018 World Cup in Russia, will also play Syria five days later in Tehran’s Azadi Stadium.

“South Korea are one of Asia’s most powerful teams. It will be a good opportunity for us to learn and to continue our progress,” the former Real Madrid coach told the reporters at Incheon International Airport.

“I’ve never lost a game to South Korea yet and we are going to keep our unbeaten record against them. We will do our best in this match,” Queiroz added.

“Iran will not defend against South Korea and we will display our best performance. Team Melli have already qualified for the 2018 World Cup but we are going to defeat South Korea because I believe that the best way for learning is victory,” he stated.