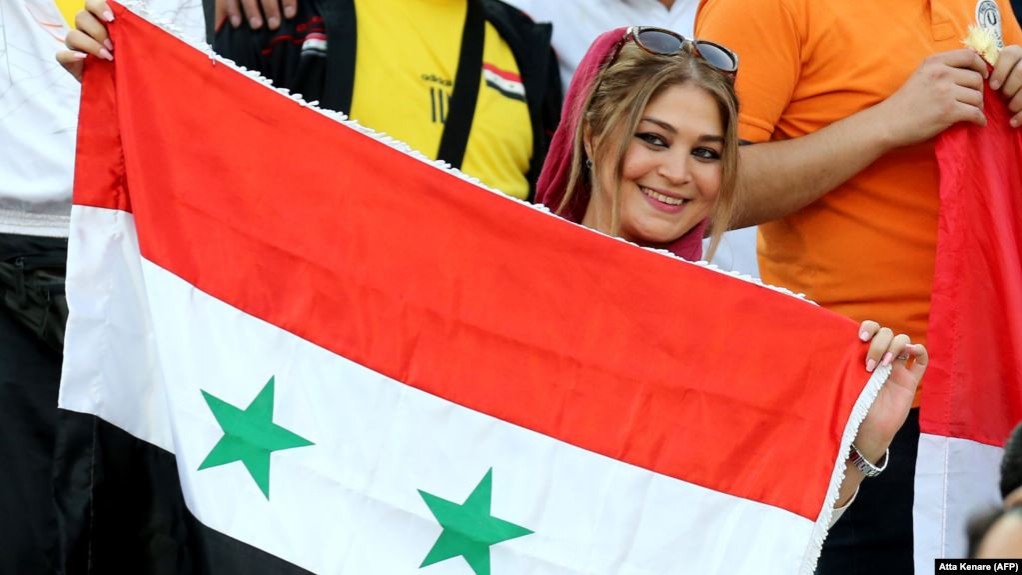 Iranian women, even those who had managed to buy tickets (apparently due a technical glitch), were denied entry and kept behind locked gates at Tehran’s Azadi Stadium, where the match was held on September 5.

And they watched enviously as Syrian women were allowed into the match to cheer their team on in an exciting, back-and-forth contest that ended in a 2-2 draw.

Many took to social media to express their anger over the long-standing ban on women entering stadiums -- under the excuse that stadiums are not a safe place for them -- and the double standard of allowing Syrian women to attend, which they say is humiliating.

“They didn’t allow us into the stadium,” tweeted football fan Banafshe Jamali.

“They took pictures [of us] and threatened to arrest us. They collected our tickets and took them away,” she wrote.

The absence of Iranian women even though Syrian women were allowed to attend was also noticed by one of the moderators on state-run television.

“Alas, Iranian women are absent. We hope something will be done. It’s a pity, as we see Syrian [female] spectators and those from other countries,” the presenter said.

“It’s like our parents allowing the neighbor’s daughter to use our house’s facilities but banning us from doing the same,” said a user on Twitter.

Some reports suggested a number of Iranian women had snuck into the stadium by carrying Syrian flags and pretending to be foreigners.

The Sharq daily said they were later detained by security.

“You may not believe it, but the police of our country told us that we could have entered the stadium if we had Syrian flags!” football fan Jamali tweeted.

The daily Vaghaye Etefaghiyeh said on its front page that Syrian women who made it into the stadium were the real winners of the match.

Iranian lawmaker Fatemeh Hosseini wrote a letter to the country’s sports minister asking him which measures he has taken to end the discrimination and allow women to enter stadiums.

“Unfortunately, we see that that condition for women to be allowed to enter sports facilities to watch sporting events is to have the nationality of Iran’s rival team,” she noted.

The ban on women attending major men’s sports events has received an increasing amount of criticism in past months.

Authorities claim the stadium ban is necessary to “protect” women and Islamic norms. They say the atmosphere is inappropriate for women because of the revealing nature of the athletes' uniforms and due to the prevalence of crude language at the events.

But women's rights advocates say the ban is simply one of the more blatant examples of gender discrimination in Iranian society where, among other things, women are expected to maintain a strict dress code and a woman's testimony in court carries less weight than a man's.

Women have occasionally defied the ban and entered stadiums disguised as men. In past years, a limited number of Iranian women have been allowed entry as spectators at large sporting events through special invitations. 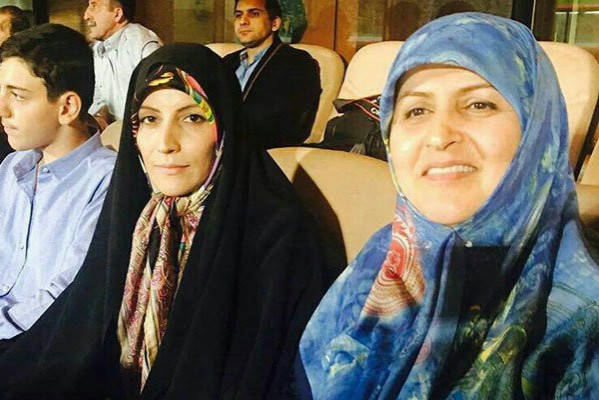 On September 5, at least one female lawmaker -- Tayebeh Siavoshi -- watched the match in the stadium. Reacting to criticism, she said on Twitter that she had made a request to officials for her to be allowed to attend the match.

“Taking a passive approach as we did in the past and not attending will not remedy the problem,” she tweeted.

But another female lawmaker, Parvaneh Salahshuri, said she refused to attend the match despite being given official permission to do so.

She told Sharq that she can’t allow herself to watch the match from the stands “knowing that hundreds and even thousands of pairs of eyes are watching from behind closed gates, hoping that they will be opened.”

The one bit of good news for Iranian women is that at next year’s World Cup in Russia -- which Iran has already qualified for -- there will be no restrictions on women entering the stadiums.