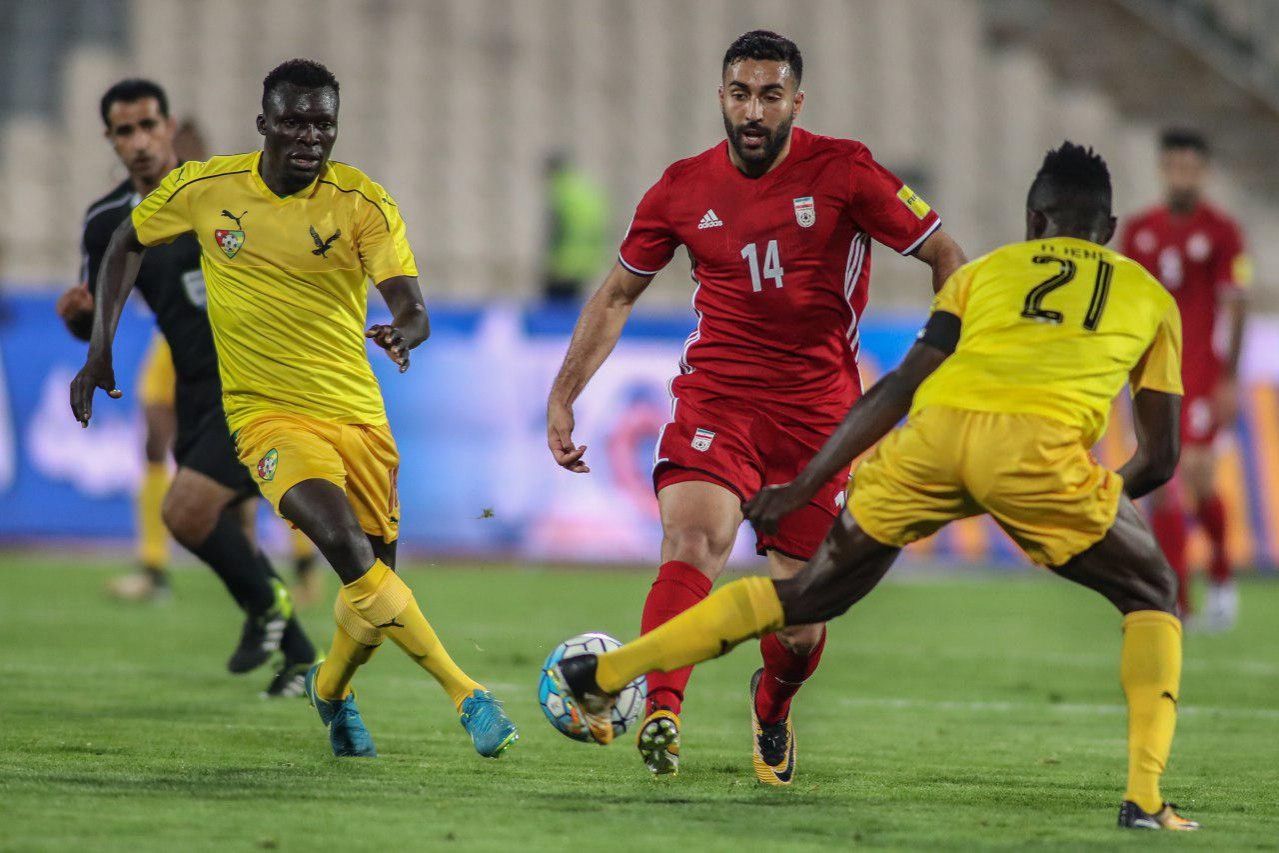 Tehran Times - Iran football team defeated Togo 2-0 in a friendly match thanks to a brace from Karim Ansarifard.

The match, which was held in Tehran’s Azadi Stadium, was part of preparation for the FIFA World Cup 2018.

In the 51st minute, the Togo goalkeeper saved Saman Ghoddos’s initial shot, but the rebound came out to Ansarifard and he chipped the ball over the head of the keeper.

Nine minutes later, Omid Ebrahimi broke down the right and cut the ball back into the path of onrushing Olympiacos striker and he found the back of the net one again.

Iran, who sealed their World Cup berth with an unbeaten record, will also face Russia on Tuesday as Asia's top-ranked Team Melli look to continue their impressive qualifying form into the buildup.

Iran were way ahead of the opposition in Group A of the final round of Asian qualifying as they won six and drew four, sealing their place in the World Cup with two matches to spare.

Coach Carlos Queiroz will be keen on maintaining his team's competitiveness as well as gauge the form of his players as the Portuguese lays the foundations for a strong challenge in Russia next year.