The Football Federation of the Islamic Republic of Iran announced in a statement on Sunday that the game has been scheduled for March 17, and will kick off at 3:30 p.m. local time (1200 GMT) at Azadi Stadium in western Tehran.

During the official 2018 FIFA World Cup draw ceremony at Kremlin State Palace in the Russian capital city of Moscow on December 1, Team Melli joined the Portugal national football team, nicknamed A Selecção, Spain’s La Furia Roja and Atlas Lions of Morocco in the preliminary round of the tournament.

France is drawn in Group C, and is pitted against Australia, Peru and Denmark.

Argentina, Iceland, Croatia and Nigeria are drawn in Group D.

The 2018 FIFA World Cup will take place from June 14 to July 15. Russia will open the event against Saudi Arabia in a Group A fixture at Moscow's Luzhniki Stadium.

A total of 64 matches will be played in 12 venues located in 11 cities.

Iran will start its World Cup campaign against Morocco at Krestovsky Stadium in Saint Petersburg, Russia, on June 15. 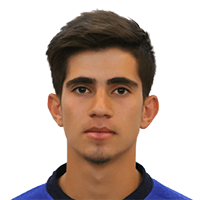