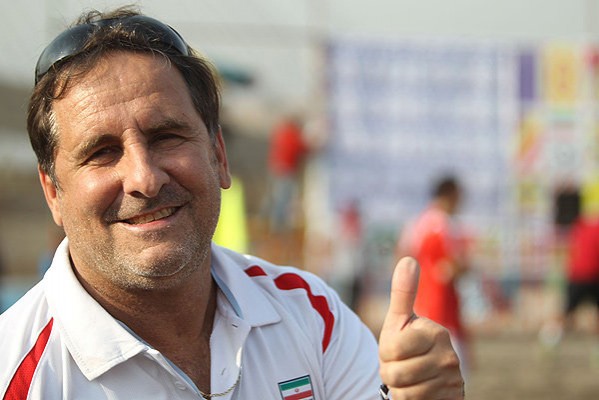 Marco Octavio returned for a fourth stint in charge of Team Melli in August 2017 but media reports suggest that he parted company with Iran Football Federation ahead of Persian Beach Soccer Cup.

Octavio first took charge of Iran in 2007, before returning for further spells in 2010 and 2012, with the coach having taken Iran to two FIFA Beach Soccer World Cup quarter-final in 2013 and 2015.

Octavio replaces Mohammad Hossein Mirshamsi as Iran boss after he ensured a third-place finish at this year's FIFA Beach Soccer World Cup in The Bahamas.

“I am very motivate to start preparation for New Year. I will have a meeting with the clubs’ coaches for apply competitive training methods and tactics .We will start our camps to prepare for the next World Cup qualifying very soon,” Octavio told Tehran Times.

I miss all of my Iranian players and my friends, the Brazilian added.

Asked him it seems you quit your job, Octavis answered, “No, it’s not true. Iran’s federation has given me some vacation to solve some family problems.”

Team Melli have to prepare for the 2019 FIFA Beach Soccer World Cup.

Previous editions before 2005 were not governed by FIFA and were held under the title Beach Soccer World Championships.