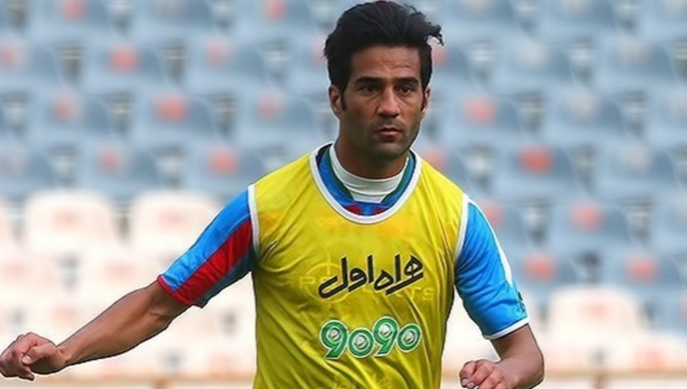 "This is a unique honour to be able to return to the national team," he said in comments carried by the Iranian Football Federation website.

"Sometimes things happen in your life that are out of your control and for me this happened in my sporting life. Not everything is in your control all the time and that incident happened and for a while I was not in the national team. I think that was the worst incident that could have happened to me," he said.

Shojaei, 33, was banned from the squad after appearing against an Israeli team for his Greek club Panionios last August along with his national teammate Ehsan Haji Safi.

Iran does not recognise the Jewish state and bars its athletes from appearing against Israelis.

Deputy Sports Minister Mohammad Reza Davarzani said at the time that the pair would be banned for life.

Without explanation, Haji Safi was never banned from the national team, but Shojaei did not appear again until last Friday's match against Tunisia, which Iran lost 1-0.

Iran is unable to openly discuss the ban on facing Israelis because it breaches international sporting regulations.

Shojaei said only: "Right now I thank God I can wear the uniform of the national team like a soldier and I am proud of it. I also thank all those who helped me."

He said he hoped to make his third World Cup appearance in Russia this summer - which would be a record for an Iranian player.

"It would be the biggest day of my sporting life and a day that I would never forget," he said.