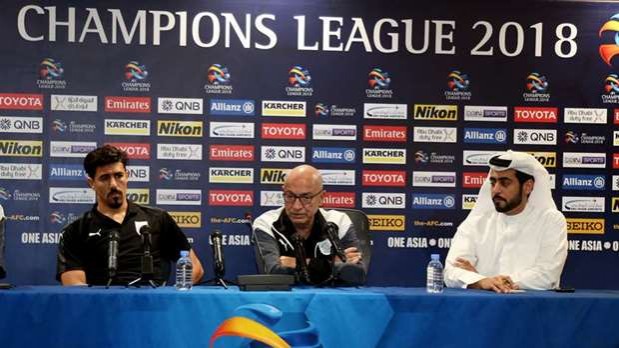 Iran has been drawn with Portugal, Spain and Morocco in Group B of the World Cup.

“First of all, I would like to congratulate Iran national football team and Carlos Queiroz for advancing to the World Cup. I wish you all the best in Russia,” Ferreira told the reporters in Tehran ahead of Persepolis match.

“Iran has been drawn in a difficult group but could be a surprise in the World Cup. I have to train Morteza Pouraliganji to stop Cristiano Ronaldo,” he said.

“I watched Iran and Portugal match in the 2006 World Cup from the stands. Portugal defeated Iran 2-0 but it was not an easy match for them,” Ferreira stated.

“We can see big surprises in these tournaments. I hope Iran have a good tournament in Russia,” the Portuguese coach added.

Asked him about the match against Persepolis in Tehran’s Azadi Stadium, Ferreira said, “Al Sadd has traveled to Tehran to win the match.”