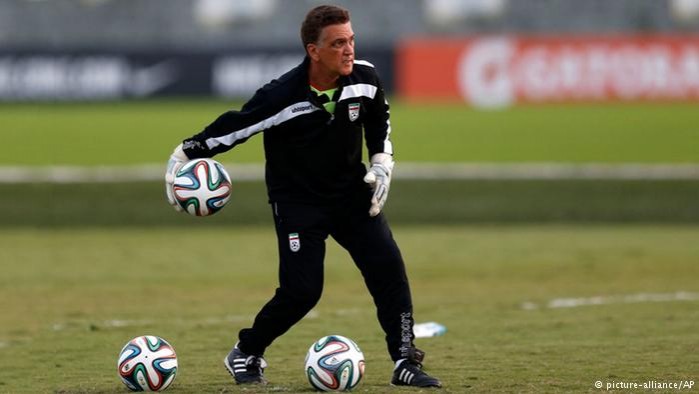 SoccerAmerica - American Dan Gaspar, who was the Iranian national team's assistant coach, team coordinator and goalkeeper coach, has left Iran two months before he would have gone to the World Cup with Team Melli for a second time.

Gaspar, who has worked under Iran's Portuguese head coach, Carlos Queiroz, for many years, did not go in the details of his departure in an email with Soccer America.

"I am excited to explore new opportunities and share the valuable knowledge and experiences I gained working on this amazing and challenging project," he said. "I am proud that I was a part of the team that qualified for the 2014 Brazil World Cup, 2015 Asian Cup and 2018 Russia World Cup – triumphs for the Iranian people. Our many successes were the result of a hardworking and talented technical staff and administrators. I am honored to have worked alongside them all."

After Iran qualified for the World Cup, Gaspar traveled around Russia to inspect training bases for the Iran national team.

"I have admiration for the Team Melli players. Despite the many obstacles, they played with courage, determination and love for their country. I have enormous gratitude for the fans that offered incredible support during the entire journey. They are amazing passionate soccer fans. I wish the Iran national team success as they prepare for the 2018 Russia World Cup. I have no doubt they will represent their country with dignity."