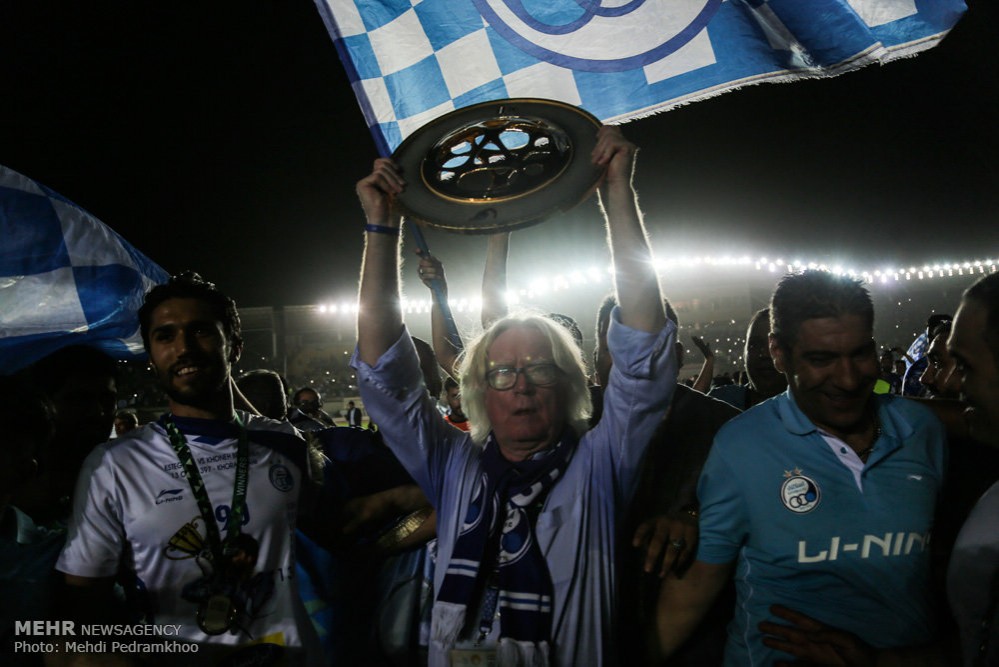 Esteghlal claimed the Hazfi Cup for a record seventh time on Thursday in Khorramshahr.

The Iranian giants edged past Khooneh be Khooneh 1-0 thanks to Mame Baba Thiam’s 35th minute goal.

Esteghlal, who were ensured a place in the 2019 AFC Champions League after finishing third in the Iran Pro League in April, will continue their pursuit of a third Asian club Continental title after an impressive run in their 2018 AFC Champions League campaign, where they finished unbeaten as Group D winners.

“Now, we are just thinking about Zob Ahan match. I am not satisfied with playing an Iranian team in this stage but we are well-prepared for the match,” Schaefer said.

“Khooneh be Khooneh showed how strong they are. We won a difficult match and I am very happy at the moment,” the German coach added.

“Esteghlal are capable of winning the AFC Champions League,” the German coach added.

Winfried Schaefer’s charges take on compatriots Zob Ahan FC in the Round of 16, on May 8 and 15.