AFC - Islamic Republic of Iran confirmed their status as the queens of Asian futsal, producing a dazzling five-goal second half to retain the AFC Women’s Futsal Championship with a 5-2 win over Japan.

A hat-trick to Sara Shirbeigi and further goals from veteran Fahimeh Zarei and an own goal by Misato Komura  sealed a outstanding victory for Sharhzad Mozafar’s side, who also won the inaugural title in Malaysia three years ago.

Japan had the better of goalless first half but failed to capitalise, before Iran produced a blistering scoring burst, that included three goals in two second-half minutes, to take the game away from Kenichiro Kogure’s side.

Masami Kato had two shots in the first six minutes, before Mika Eguchi forced Iranian goalkeeper Farzaneh Tavasoli into an excellent save six minutes later, and volleyed over the crossbar after tricking her way into space not long after. 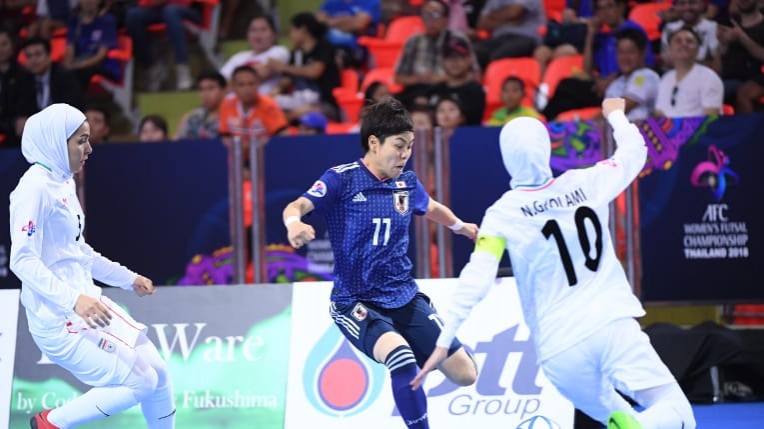 The player who had arguably done the most to get Japan to the final, four-time player of the match Anna Amishiro, hit the side netting in the 18th minute before Tavasoli made another fine save to deny Komura a minute later.

Despite spending extended periods under pressure, Iran looked as though they might take a half-time lead when Sara Shirbeigi ran right through the Japanese in the dying seconds, only for Eguchi’s last-ditch defending to snuff out the chance.

It took less than 30 seconds for Ryo Egawa to force Tavasoli into another save, and less than two minutes for Shirbeigi to blast her effort over the crossbar as the battle intensified at the start of the second half.

Fahimeh Zarei looked certain to put Iran in front in the 24th minute, but failed to make contact with the ball with the goal at her mercy, then watched as Seyedehnastaran Moghimidarzi’s follow-up flew harmlessly over the crossbar.

Iran’s breakthrough came in the 27th minute when a lighting fast counter-attack drew Ayaka Yamamoto out of position, before Moghimidarzi rounded the Japanese goalkeeper and kept her cool to find Shirbeigi whose one-touch finish made it 1-0 from close range. 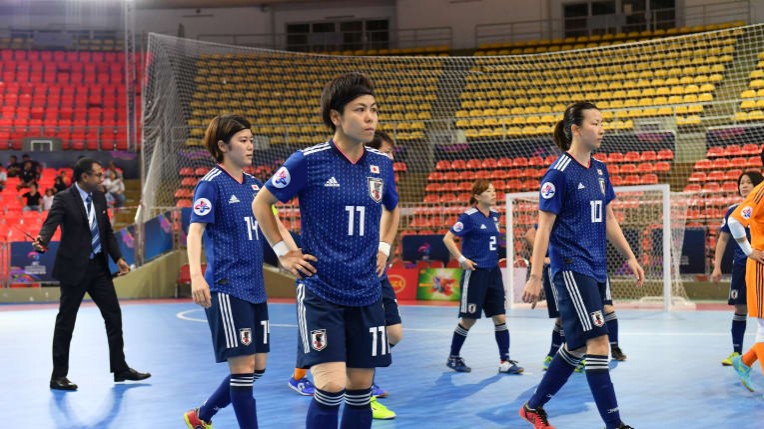 Having scored the winning goal in the final three years ago, Fareshteh Karimi made her mark on the 2018 final when she played a crucial role in a Komura own goal which doubled the lead at the half-hour mark.

That signalled the start of an Iranian goal-rush as Karimi set up Shirbeigi to make it 3-0 just seconds later, and three became four when Shirbeigi completed a magnificent hat-trick by scoring another in the following minute.

Japan head coach Kenichiro Kogure called a time-out before deploying a power play formation, which paid immediate dividends when Eguchi finally got a reward for her constant goal threat to make it 4-1.

Not content with her goals, Shirbeigi turned provider to set up Zarei for one of the goals of the tournament when she masterfully flicked the ball past Yamamoto in the 36th minute.

Amishiro scored her ninth goal of the tournament in the final minute to create a three-way tie in the race for the tournament’s top scorer, but it had little bearing on the final outcome as Iran celebrated a wonderful win.