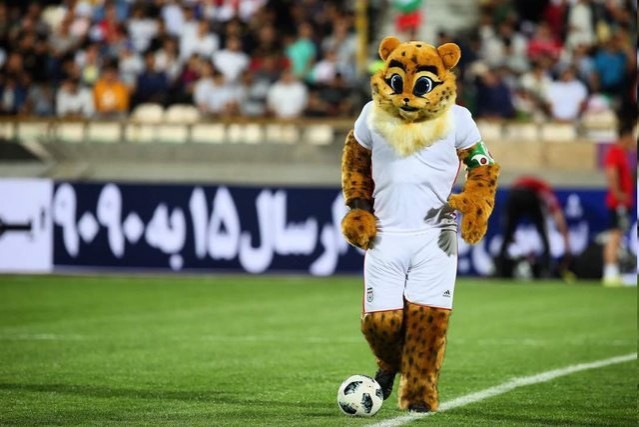 Tehran Times - Yupa, the mascot of the Iranian national football teams, was unveiled ahead of the friendly match between Iran and Uzbekistan.

The word ‘Yupa’ is derived from the Persian word ‘Yuzpalang’ means cheetah and ‘Tizpa’ means fast.

Yupa has put a Pahlavani wristband on its right hand which is an Iranian symbol and has worn a captain’s armband on its left arm.

The mascot has been designed by the Iranian designers in the year of “Supporting Iranian Products”.

‘Yupa’ is the mascot of all Iranian football teams representing the country in the international competitions.

Mascot ‘Yupa’ posed for the cameras during the farewell ceremony of Iran national football team to the 2018 World Cup in Russia on Saturday at the Azadi Stadium.

Team Melli have been drawn in Group B of the 2018 World Cup along with Spain, Morocco and Portugal.

The Iran national football team will open the campaign with a match against Morocco at Saint Petersburg on June 15.