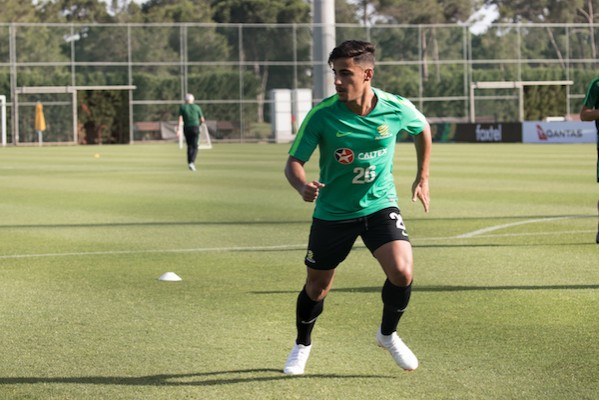 Daily Football Show - New Socceroo Daniel Arzani is intent on using the pre-World Cup training camp in Antalya, Turkey, to prove he can be an asset to Bert van Marwijk and his side.

The 19-year-old whizkid was selected in van Marwijk’s initial 32-man squad and then survived the cull to be chosen in the 26-man pool for the camp.

It is the first taste of senior football at international level for Arzani, who on Sunday completed his first training session with his new teammates.

The Melbourne City winger plans to further solidify his name in van Marwijk’s plans simply by playing his own game.

“To be honest, it hasn’t actually hit me yet … I haven’t had that overwhelming excitement yet but that will probably come in the next couple of days,” he said.

“For me, I’ve just got to prove I’m invaluable to the team and that I have something to add.

“And I think that will come with just doing my own thing and hopefully doing well.”

But pushing for a dream selection at the World Cup in Russia has not come without its fears.

“Coming into camp at first, it was a bit frightening because I don’t actually know anyone,” Arzani explained. 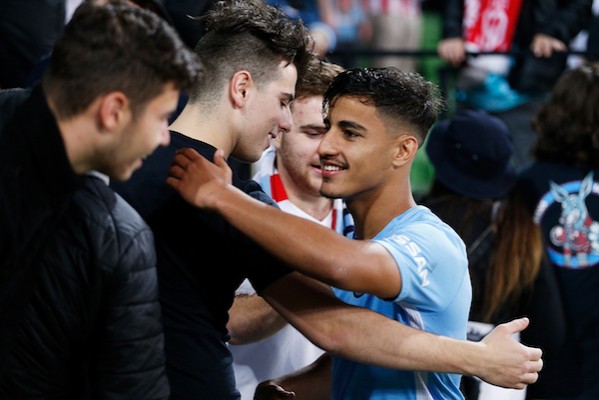 “Knowing that I’ve got Timmy – he’s a good friend of mine – is very helpful.

“Coming into camp as a young player, you’re kind of starting over again so I’ve got to prove my worth and maybe more so than anyone else as well.”

As Arzani burst onto the scene in the second half of the 2017-18 season with Melbourne City, his international future became a hot topic in the press.

Born in Iran, Arzani is eligible to represent Team Meli, who will also feature in Russia next month.

And Iran were circling, with coach Carlos Queiroz admitting in an interview with Fox Sports Asia that he was watching Arzani with fondness.

But Arzani has since chosen Australia over his nation of birth.

Asked what wearing the Green and Gold would mean, Arzani replied: “It’d be a dream come true.

“Since I was young, I always dreamed of playing for Australia, playing for the Socceroos and to think that that could be happening in the next couple of weeks is amazing.”

The Socceroos will use the camp, as well as friendlies against Hungary and the Czech Republic, as preparation for the World Cup.

A final 23-man squad is due to be selected in early June.