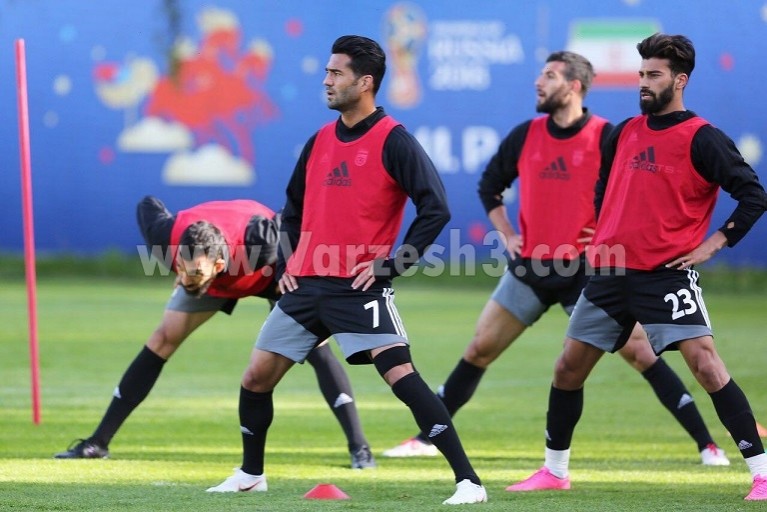 Sputnik - The Iranian national football team held their first training session at their base camp in Bakovka, just outside Moscow, ahead of this summer’s FIFA World Cup.

Iran arrived at Bakovka, FC Lokomotiv Moscow's training ground, on Tuesday and became the first foreign World Cup team to set foot in Russia ahead of the tournament.

The World Cup will get underway on June 14, with the matches set to take place in 11 cities across Russia.

Iran have been drawn in Group B along with 2010 World Cup winners Spain, reigning European champions Portugal and Morocco.

Iran will play Lithuania in their final pre-World Cup friendly in Moscow on Friday.