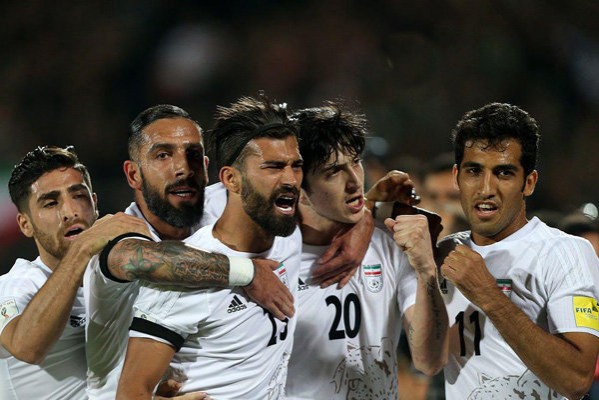 Tehran Times - It’s very difficult, but not impossible for Iran national football team to book a place at the FIFA World Cup knockout stage for the first time.

Iran will face competition’s favorite Spain on Wednesday at the Kazan Arena, relying on their rock solid defense against the team which remain one of the most attack-minded in the World Cup.

Iran national football team edged past Morocco 1-0 in their opener and celebrated their second ever win at the World Cup finals.

Iran's only other World Cup win came at the 1998 tournament in France, when goals from Hamid Estili and Mehdi Mahdavikia secured a 2-1 triumph over the United States.

Spain are preparing for a win against the Persians following a gripping 3-3 draw against Portugal in Group B but La Roja are under the pressure since they are afraid of an early exit.

The Sword of Damocles will hang over their heads.

Iran have made a big splash so far with Carlos Queiroz and win over Morocco have relieved “Great Pressure” on them but for the Spanish football team could be disastrous, failing to beat Team Melli.

Iran national football team came the closest to doing something four years ago and were only denied what would have been a deserved point against eventual finalists Argentina by a last minute slice of Messi magic.

Now, the Iranian fans remain hopeful that their team to hold Spain, who are leading by Fernando Hierro in Russia.