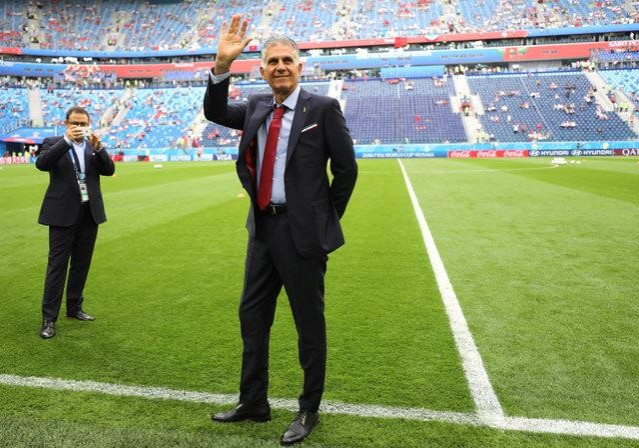 Sport24 - With the conclusion of the World Cup group stage Sport24 looks back at some of the best and worst performers so far at Russia 2018.

In a tournament so far filled with upsets and drama Russia 2018 is shaping up to be one of the best ever World Cups.

Best performers of the group stage:

Croatia led by one of the players of the tournament in Luka Modric brushed aside the fancied Argentina to top Group D with a perfect record of three wins from three game played. Defender Vedran Corluka rightfully said they possess the best midfield partnership of the tournament in Modric and Ivan Rakitic.

I tried in vain at first to not pick Ronaldo to steer well clear of the tiresome Messi/Ronaldo debate and originally chose the scintillating Modric who has been a joy to watch. But Ronaldo put in one of the great World Cup performances when scoring a hat-trick against Spain in the best ever World Cup game I've seen. He has also contributed both 4 goals out of the 5 Portugal have scored and in doing so has directly contributed to 4 out of their 5 points reached in Group B.

The Portuguese coach has done an impressive job with an Iran team - who were forced to buy their own boots before the tournament - and has transformed them into the number one team in Asia. Iran came within a few inches of qualifying for the last 16 in a group containing Spain and Portugal.

The German midfielder's clutch free-kick into the top corner in a dramatic 2-1 win over Sweden pips efforts by Ronaldo and Modric. The audacity to even try it with seconds remaining - then to actually score - was simply outrageous.

Kroos' heroics were in vain though as South Korea caused one of the biggest upsets in World Cup history by defeating Germany to knock the defending champions out of the tournament in the first round.

This game had absolutely everything. World Class players in a game where the lead changed hands in a matter of minutes with a hat-trick by Ronaldo that included a last-ditch free-kick to grab a draw.

Worst performers of the group stage:

The Frenchman has been the biggest disappointment in an underwhelming France side that have scraped through to the last 16. Could still turn it on in the knockout stages.

When you oversee your country's worst ever performance at a World Cup you are bound to find your name on this list.

Goalkeeper Willy Caballero's calamitous error for Croatia's opener in a 3-0 loss put his side on the brink of elimination and was rightfully dropped for the next game in a win over Nigeria.

Was leaning towards France v Denmark's dull goalless draw until I witnessed last night's game between England and Belgium in Group G. Both team's tried their best to not win the game with Roberto Martinez even blatantly admitting to this before kick-off. The crowd rightfully jeered both teams at half-time.