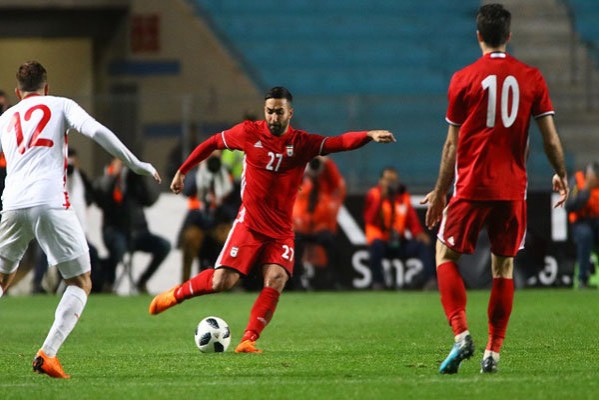 Tehran Times - Östersund midfielder Saman Ghoddos has dismissed the idea of going to the Chinese Super League, saying he has plenty of years in front of him.

Ostersund Post had reported that the Iran international midfielder has been linked with Chinese football teams but Ghoddos says he would rather join a European football team.

“I have offers from Chinese teams but I don’t think about money right now. I'm so young to join Chinese Supper League. Undoubtedly, money is important, but not enough to get away from what I've done since I was young when I have taken the steps in the right direction. I will continue to do that,” Ghoddos said.

“My favorite League has always been La Liga, but I also consider the Premier League or Bundesliga. My agents and Daniel Kindber (Östersund chairman) know which league is better for me,” the Iran international midfielder told Fotbollskanalen.

Ghoddos represented Iran national football team in three matches against Morocco, Spain and Portugal as a substitute in the 2018 FIFA World Cup.

He is under contract with ÖFK until 2020.