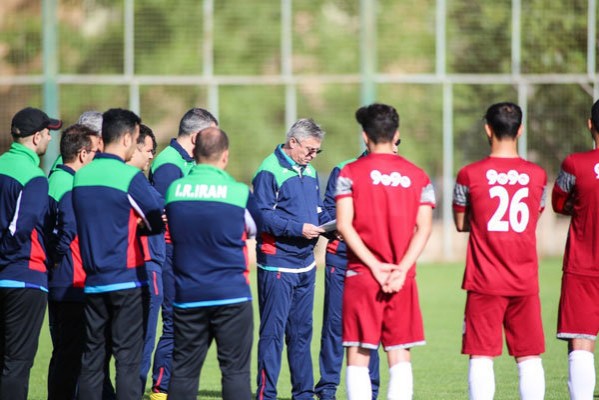 Zlatko Kranjcar’s team will fly to Iraq on July 23 and play the Iraqi team on July 25 and 27 respectively.

The Iranian football team will return to Tehran on July 29 and will travel to China on Aug. 6 to hold another training camp in the East Asian country.

Iran U23 football team will also play a warm-up match with China on Aug. 9.

Iran will fly straight to Indonesia to participate at the 2018 Asian Games.

The Iranian team have been pitted against DPR Korea, Saudi Arabia and Myanmar in Group F of the 2018 Asian Games.

The U23 tournament, which allows each country to field three overage players, will see 24 teams vying for honors.

The top two teams in each group along with the four best third placed teams will advance to the Round of 16.

“I think Iran U23 football team have the potential of advancing to the 2020 Olympic Games. The Asian Games is an opportunity for us to strengthen ourselves,” Kranjcar’s told in an interview with Tasnim news agency.

“We will participate in the Asian Games with the U21 players because we have the time until 2020 Olympic Games to prepare our team with the boys who will become accustomed to our strategy. We want to book a place in the Olympic Games after 44 years,” the Croat said.