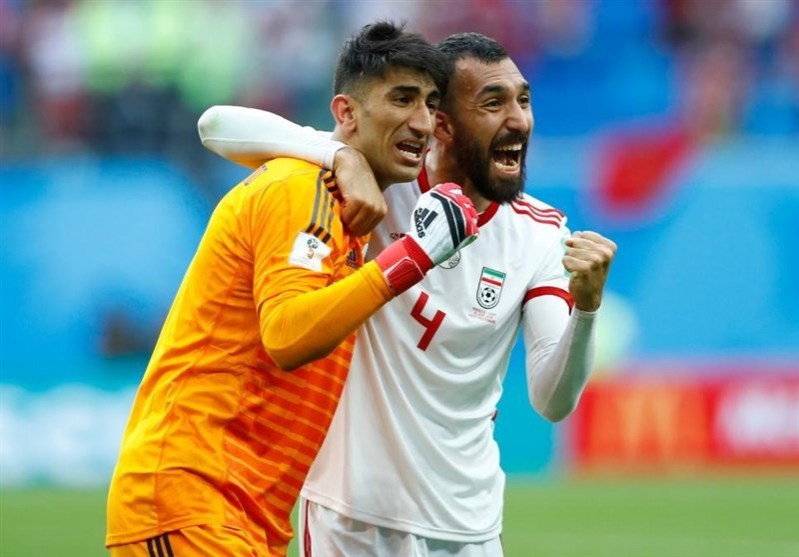 Beiranvand, 25, was one of the stars of Team Melli’s 2018 FIFA World Cup campaign, saving a penalty from Cristiano Ronaldo and impressing throughout.

At Persepolis, Beiranvand has kept five clean sheets, more than any other goalkeeper in the 2018 AFC Champions League.

The quarter-final throw a big challenge for the goalkeeper as his Persepolis side faces Qatar’s Al Duhail, who has been an unstoppable attacking force this season, bagging 21 goals in the continental competition, the highest amongst West Asian teams and only second to Jeonbuk Hyundai Motors’ 26.

The 194cm tall custodian’s performances for club and country mean he is set for a starting role in January as Carlos Queiroz’s Iran looks to lift its first AFC Asian Cup title since 1976.

Beiranvand and co start their continental campaign on January 7 against Yemen before facing Vietnam and Iraq in Group D.

After just one match and a clean sheet, Rouzbeh Cheshmi’s World Cup campaign was ended prematurely with a muscle injury to the disappointment of the 24-year-old defender who had recorded the team’s best pass completion rate (94% ) in his only outing in Russia 2018 against Morocco.

Two months later, Cheshmi’s attention turns to the AFC Champions League as he looks to help his Esteghlal side to the semi-final for the second time after 2013.

The Iranian giant had emerged from the group stage unbeaten and recorded three clean sheets in the process with Cheshmi starting all but one of their six group games.

Cheshmi’s replacement in the World Cup, Majid Hosseini, has impressed, but the Esteghlal defender’s versatility means a starting spot in UAE 2019 is a strong possibility and a strong showing in the two quarter-final can further cement his status as one of Team Melli’s key defensive assets at the AFC Asian Cup.