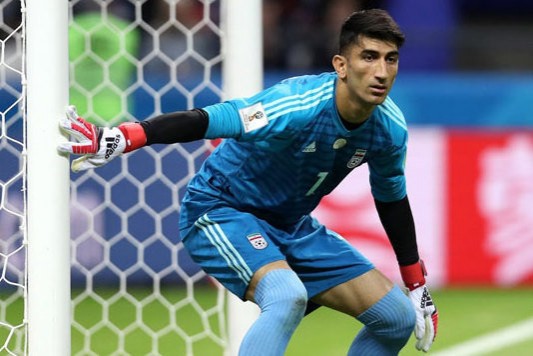 Beiranvand represented Iran in three matches in the 2018 World Cup and blocked a penalty kick from Cristiano Ronaldo to deny Portugal a 2-0 lead in Group B.

Beiranvand had been also linked with a move to Turkey’s Caykur Rizespor and Ukrainian Dynamo Kyiv.

Persepolis are not permitted to sign new player until January due to transfer ban and Beiranvand’s departure will be a huge blow to the team.

The Iranian giants will have to face Qatari powerhouse Al Duhail in the 2018 AFC Champions League quarter-final and goalkeeper’s presence in the gate will boost their confidence.

Persepolis are also looking to win Iran Professional League (IPL) title for the third year in a row.