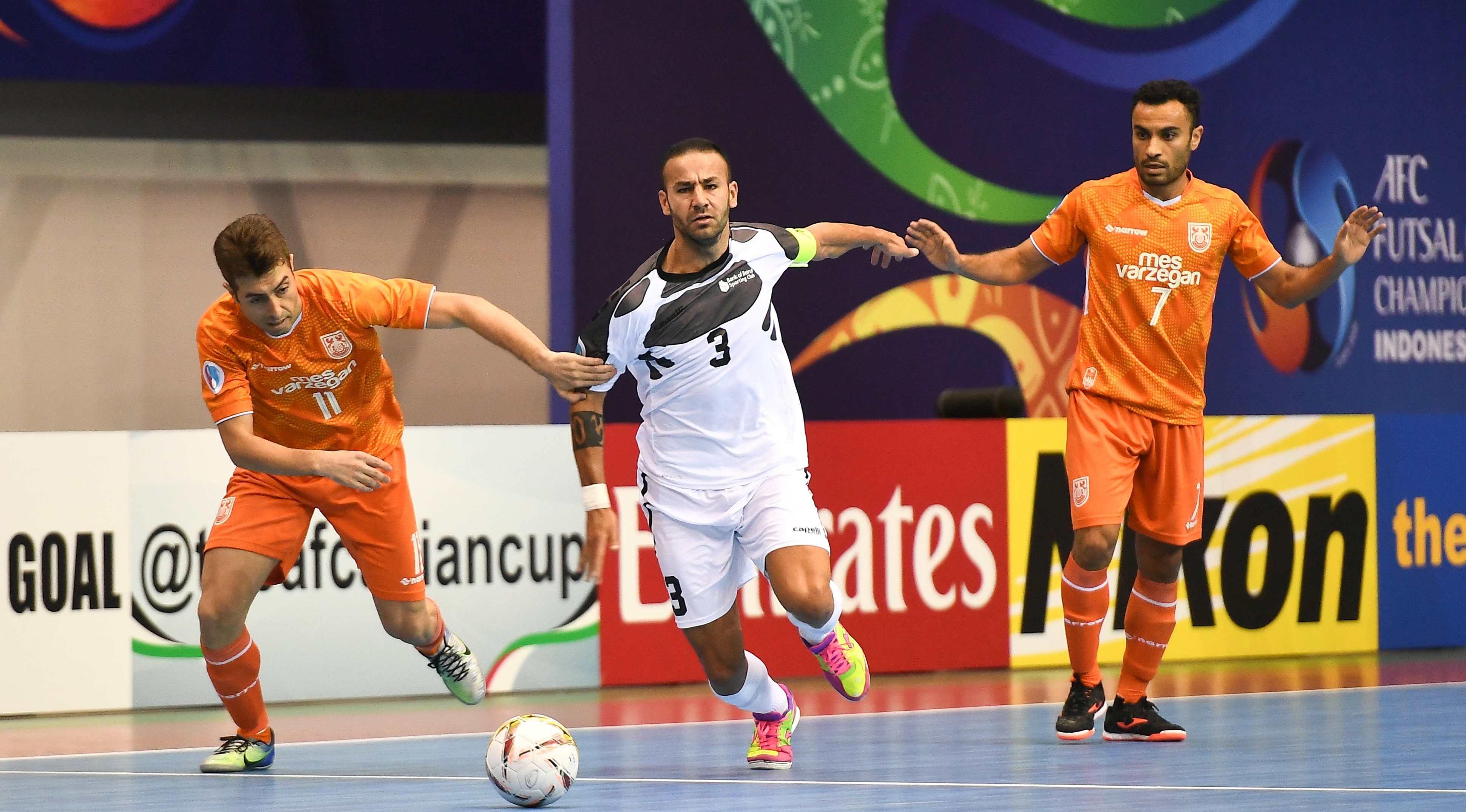 Both teams had already qualified for the Knockout Stage after winning their previous games and faced off to determine the group winners.

Mes Sungun wasted no time in testing Beirut as Ali Asghar Hassanzadeh forced a save from Bank of Beirut goalkeeper Hussein Hamadani in the first minute.

The Iranians employed a high-pressing game with quick passes which opened up their opponents but Beirut were organised and fought back with counters whenever they found space.

Ahmad Kheir El Dine had an opportunity at goal four minutes in but his grounder was easy for Mes Sungun custodian Alireza Samimi.

El Dine was at the centre of attack for Beirut three minutes later when he lost his marker at the top of the box but he sent his shot into the stands.

It was not long before Mes Sungun found the net in the ninth minute through Mortteza Ezzati, who stuck out his right boot to direct Abolghasem Orouji’s cross from the right past Hamadani.

Beirut, however, were undeterred and pressed harder but their efforts did not bear fruit as Mes Sungun stayed firm at the back.

Mes Sungun then doubled their lead through Farhad Hakim, who burst down the left and fired his powerful strike into the roof of the net to give the Iranians a 2-0 lead at halftime.

Beirut picked up the pace in the second period as they pushed for a goal, activating the power play which kept their opponents pegged in their own half.

But the Lebanese found it hard to break down their opponents as Samimi was in top form.

Mes Sungun almost made it three when Ezzati hit the upright eight minutes in following a swift counter attack. Ezzati then doubled his tally in the 30th minute following Hossein Tayebibidgoli’s cross from the left to give Mes Sungun a comfortable 3-0 advantage.

Mahdi Javid, however, pulled one back for Beirut in the 31st minute after Mouhammad Hammoud found him unmarked in the box to give Beirut a lifeline.

Beirut pushed further and were almost rewarded with their second following a counter but Javid could not convert from close range.

"This was one of the best games we had. Both teams played aggressively and technically it was very good as well. Our main target was having a stress-free game without picking any cards, I believe we have achieved what ever we had in our minds. For our next game, we might face the Kyrgyz Republic team (FC Erem) and we know this team after analysing them and I think there won't be a bad day for us."