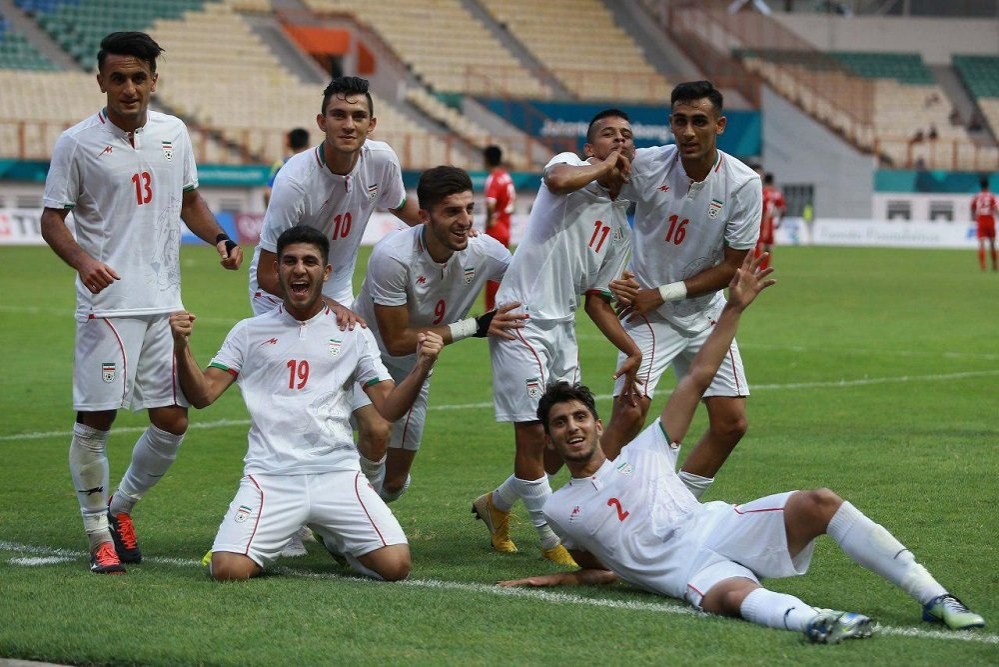 Tehran Times - Iran took a huge step towards qualifying for the Asian Games Round of 16 with a 3-0 win over 2014 silver medalists DPR Korea.

Iran, who shared the spoils in a goalless draw with Saudi Arabia on Wednesday, defeated the Korean team 3-0 at the Wibawa Mukti Stadium in Cikarang, Indonesia.

DPR Korea were held to a 1-1 stalemate against Myanmar on Wednesday.

Amir Roustaei opened the scoring from Iran in the 27th minute.

Iran, four-time Asian Games champions, kept the momentum going in the second half as they looked to extend their advantage over the East Asians.

DPR Korea suffered a blow when they went down to 10 men after Song Kum-Song was shown his marching orders in the 52nd minute.

IR Iran used the one-man advantage and doubled their lead through Mehdi Ghaedi’s strike in the 68th minute and despite DPR Korea’s best efforts, the Central Asians made it 3-0 after Aref Aghasi converted a penalty in added time.

“First, I congratulate my team over victory against DPR Korea. We played well and didn’t allow them to surprise us. But, we have not qualified for the next stage yet,” Iran coach Zlatko Kranjcar said in the post-match news conference.

With top spot still up for grabs, Iran will face Myanmar in their final group match on Monday while DPR Korea will entertain Saudi Arabia.