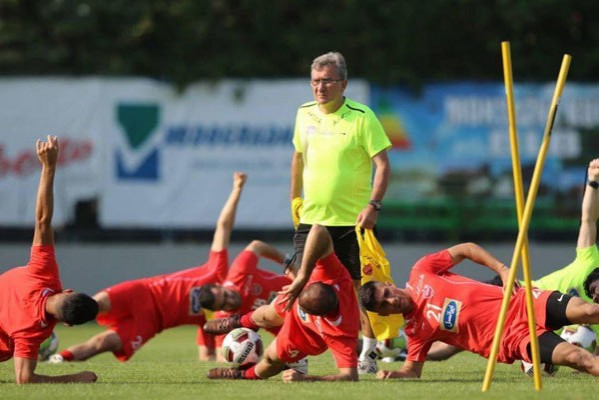 Tehran Times - Persepolis took a massive step towards the 2018 AFC Champions League final after defeating Al Sadd of Qatar 1-0 in the first leg of the semifinals. It came as no surprise to us, however, as Branko Ivankovic has built his team the right way.

Ivankovic, known as Professor in Iran, knows his players very well. In the past three years, he has selected his players according to plans.

Persepolis were handed the two-transfer-window ban due to breaking transfer rules. BUT Persepolis are favorites to win Iran Professional League for a third successive time and the Reds are on the verge of advancing to the AFC Champions League final.

Ivankovic has dedicated himself to football. He has put his heart and his vast years of experience to keep his teams in the highest standard.

He had previously helped Iran win 2002 Asian Games in Busan, South Korea, headed Team Melli to a third-placed position in 2004 AFC Asian Cup in China, and last but not least, led Iran national football team to the 2006 World Cup Finals in Germany.

Persepolis, as the most popular football team in Iran are facing financial problems and Branko and the coaching staff have not been paid for up to five months, but thankfully the team’s performance has not been affected a bit by the turbulence.

Ivankovic had been also engaged in an argument with Iran national football team coach Carlos Queiroz for holding training camp during the domestic league over the past year, though Ivankovic has not given an inch in the dispute.

Ivankovic can be a role model for the Iranian coaches for keeping it going regardless of the circumstances.

Success is a relative term, and Ivankovic can be a loser in a tougher league, but what is certain is that he is a good instructor and a man committed to football.