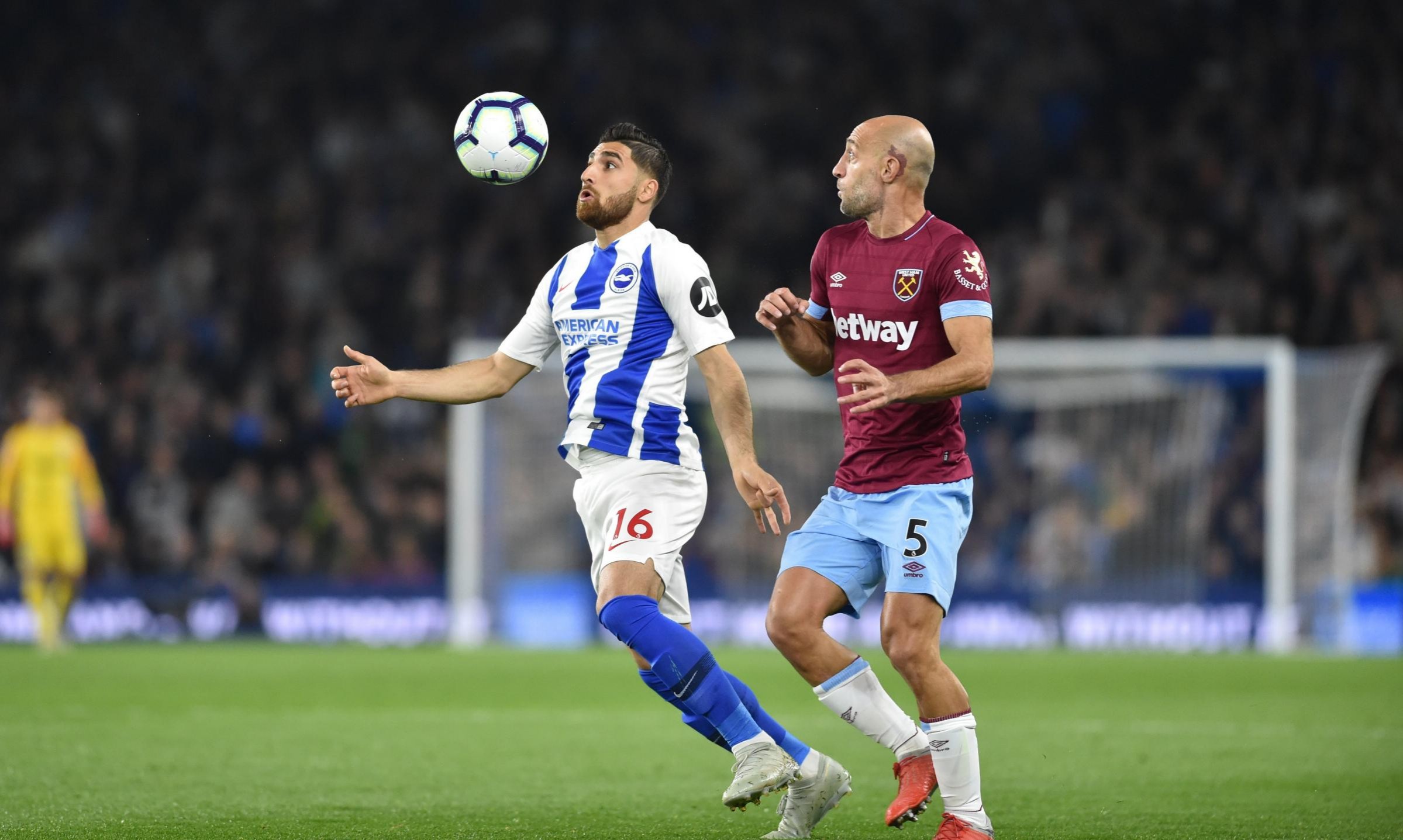 Theargus - RECORD signing Alireza Jahanbakhsh has been pencilled in as a potential perfect ten for Albion after his first Premier League start.

The Iranian made his full debut as a winger in Friday's 1-0 win against West Ham at the Amex.

Jahanbakhsh swapped flanks with Anthony Knockaert during the match.

Solly March was handed the No.10 role against the Hammers with Pascal Gross (ankle) absent again.

Boss Chris Hughton believes he has flexibility to cover for the German, who could be fit along with Dale Stephens (hamstring) for the next match at Newcastle on October 20.

"If it was 4-4-2 it was probably going to be (Jurgen) Locadia, who I thought did well for us last week (at Manchester City).

"But I thought Solly could perhaps give us that little bit more of a link and overall I thought he did okay.

"I think I've got a bit of flexibility with Solly, also with Alireza. I think he is one that can play probably three positions, left, right, or off the front.

"We all know Anthony (Knockaert) can play there. We have got options and when Dale is back fit again we also know Davy Propper can play in that position and has done (for Holland)."

The ankle injury sustained by Propper against West Ham will sideline him from international duty with the Dutch and he is already a big doubt for the trip to Newcastle.