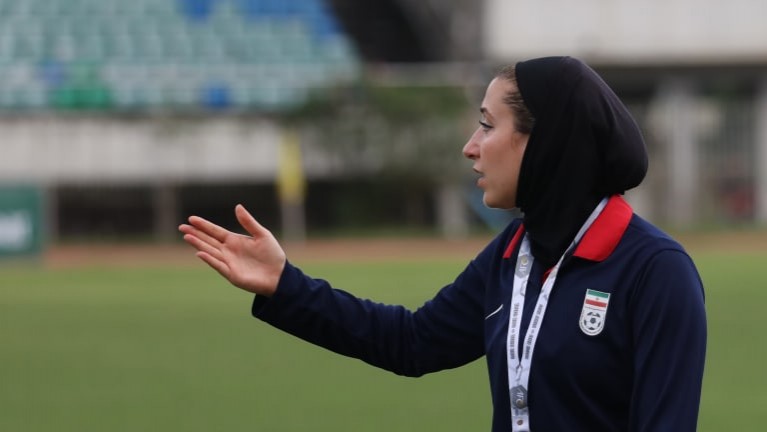 FIFA - All too often, to see meaningful change you have to wait a frustratingly long time. Which is why developments in the Iranian women’s game are all the more striking – with the rapidity of progress being matched by the sureness of direction.

That it is being driven by a woman from the USA, who has just entered her 30s, makes it all the more remarkable.

“What I am doing now would be unheard of five years ago,” Katayoun Khosrowyar told FIFA.com, fresh from a training session with IR Iran’s U-19 side. This is where she is driving forward a new vision, developing a blueprint to work from top to bottom in their women's game.

The first Iranian woman to carry a FIFA ‘A’ coaching license, she has revolutionised everything from scouting and training to diet, fitness and preparation. Her impact has redefined the way the women’s game is seen in Iran so much that, for the first time, men are now actively involved in the development of the teams.

The fact Khosrowyar and her team were requested to be among the first women to watch the men’s national team play at the national Azadi Stadium earlier this month speaks volumes. The impetus she’s injected into the women’s game is creating ripples throughout sport and society.

But this path was once a million miles from her radar. 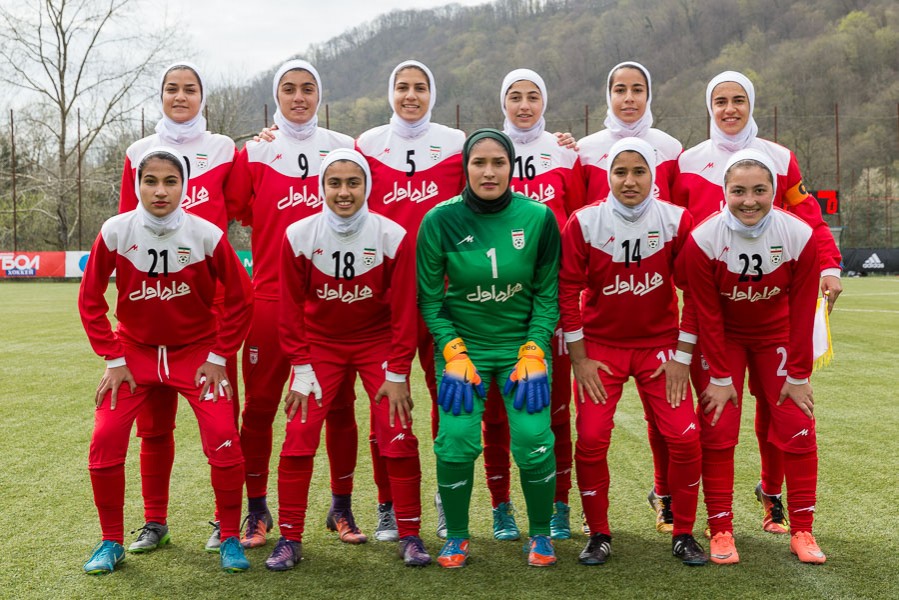 Raised in a sport-mad household – her Iranian father was a triathlete and professional swimmer – the 17-year-old Khosrowyar had already progressed from state to regional football. Her pathway was clear: footballing college scholarships were a certainty, the USA women’s national team was the dream.

But her first family trip to Iran wildly diverted that course. Arriving with a shock of red dyed hair and eyebrow piercings, she fell in love with the hospitality, culture and warmth of the people. While there, seeking out somewhere to stay fit and play football was natural to her. “In our household it was: eat, sleep, train, repeat,” she laughed.

While futsal was the only available option – “I hated it” – her talent caught the eye. The day before she was set to leave, Khosrowyar was asked if she’d like to be part of a newly-forming women’s national team. In her mind there was no choice. “Whenever someone asks, ‘Do you want to be part of a national team?’ at 17 years old, you say yes!”

After a day of convincing her parents, without more than a word of Farsi in her vocabulary, Khosrowyar’s Iranian adventure began. “The strength, the tenacity and the vibrant culture of these women here is what caught my attention,” she explained. “They were so fierce, so strong and I wanted to be one of them.”

But by 24 she had quit playing, frustrated by the stagnation she saw in the team. Coaching was where she knew she could make a real difference. “I decided to focus on the future. That’s where my energy belonged.” 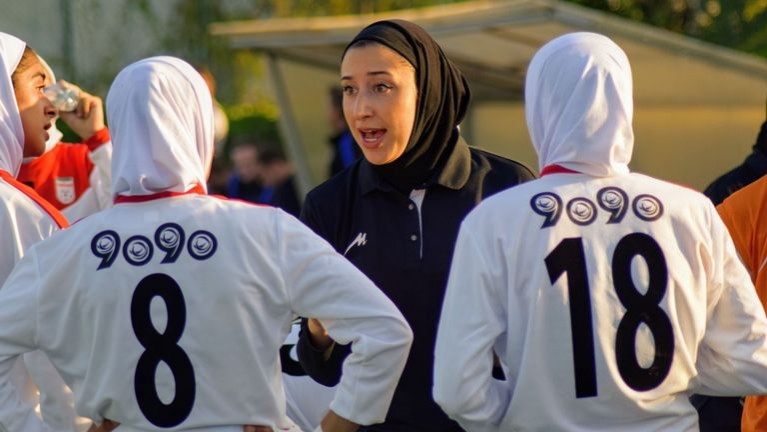 With FIFA funding, she obtained her ‘A’ license at just 26, and has – all too often single-handedly – been persevering to develop an infrastructure across the country to open the footballing door to girls. But first she had to find them.

“I had to travel some random city, walk around the town, ask people if there was a football school or a place where girls play futsal - anything,” Khosrowyar explained matter-of-factly. “They’d always show me to the parks, where there’d be girls playing with their brothers and cousins.

“There was no other way to go find the girls. My family described it as me going and kidnapping players from the park!” she added with a laugh that accompanied many of the more outlandish parts of her story.

Next was training a trusted network of coaches to support her, extolling good practice on diet, fitness and preparation, while trying to drag their coaching norms into the 21st century. “They were using books from 50 years ago – not to say information from 50 years ago is bad! But it’s a good idea to modernise as well.” Now the likes of YouTube and Instagram are helping to add inspiration and variation to their training sessions.

With plenty of groundwork done, now – almost by chance – she has the full backing of the federation. “The support came unexpectedly," she revealed. "The general secretary passed by the field with a big group of men and they thought my team were boys training. They were crossing, heading, tackling each other and the general secretary called me over to ask, ‘Are you sure these are girls? He always tells me, ‘It’s because of you and your team that I’ve started appreciating and respecting women’s football’.”

While Khosrowyar's American perspective leads to constant frustrations at the state of play, the internal perception flip has seen resistance transform into enthusiasm to take on the ideas she is pushing. “We’ve seen this shift that’s never happened before and all the girls have noticed it too.”

Should she find success, her methods will be implemented across all levels of the women’s national teams. “Everything is starting with the U-19 national team. We are the example and it’s going to trickle up and down.”

Having booked a place in the final round of AFC U-19 Women’s Championship qualifying at the weekend, things look to be going according to plan.