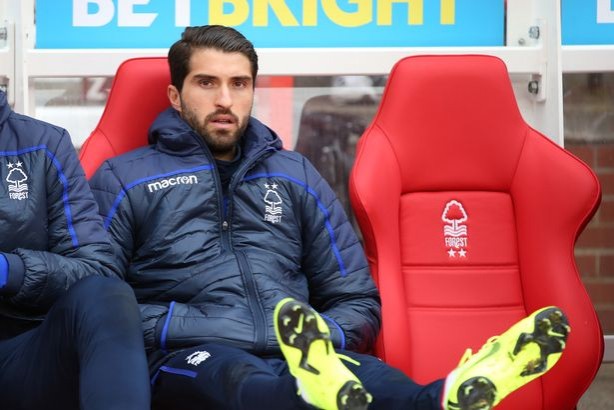 Nottinghampost - Karim Ansarifard is already showing exactly the kind of attitude that will be required if Nottingham Forest want to achieve success this season, says Tendayi Darikwa.

The defender believes the striker is equipped to score goals in the Championship – and has already been won round by his team ethos.

Ansarifard had barely two minutes on the pitch at the City Ground last weekend, as he was introduced as a substitute deep into injury time, the day after gaining work permit approval for his move to join the Reds.

The most significant contribution the Iranian was able to make in such a short space of time was to track back half the length of the pitch to make an important challenge, as Sheffield United pushed for an equaliser.

His efforts helped to secure a sixth clean sheet of the season for Forest in the Championship – which is joint-third best in the division, behind Middlesbrough (10), Swansea (seven) and QPR (seven).

And Darikwa believes that is precisely the kind of attitude Forest will need as a team, if they are to keep a seventh, when Stoke City visit the City Ground this weekend.

"It was his first game and it shows his attitude positively. To show that work-rate and desire, as a striker, to help the team not concede a goal is important,” said Darikwa.

“Karim has been good, he has been training with us for a while now, while he waited for the work permit to be approved.

“He has got good qualities. He is quick around the box and is a good finisher. When he gets his chance in the team, he can hopefully score some goals for us.”

Darikwa says the back-four took personal pride from keeping a clean sheet, against a side in good form.

But he knows the Reds will need to roll their sleeves up and battle again, as they come up against Gary Rowett’s Stoke this weekend.

“It was a pleasing moment to keep a clean sheet. At the end of the day we are in the team to keep the ball out of our net,” he said. “Hopefully we can build on that by getting another one on Saturday, against Stoke.