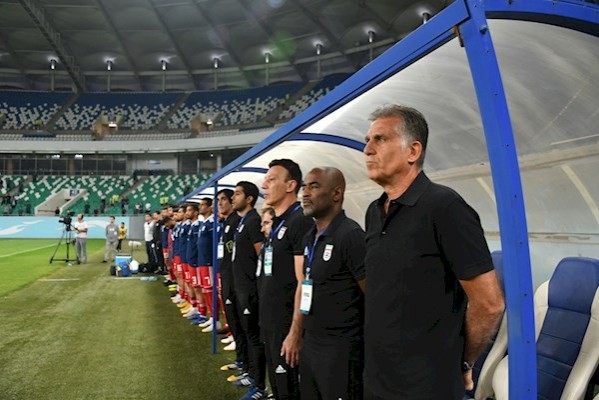 Tehran Times - With less than two months to go before the AFC Asian Cup 2019 starts, Iran football faces so many challenges which can hurt Team Melli’s preparation for the biggest continent’s competition.

Last week, the Asian Football Confederation warned Iran they could face sanctions over government interference in their national football association.

It follows the Iranian parliament passing a law barring the employment of retirees in government, state or public institutions which use state funds or facilities.

Local media reported that the law applied to the current president of the Iranian Football Federation (FFIRI) Mahdi Taj and a number of other board members.

The AFC said in a statement issued late Tuesday that they were "closely monitoring the current issues" and that the FFIRI stressed that it was a non-governmental organization.

Moreover, Iran faces economic hardship as a result of the re-imposition of the sanctions in which Team Melli cannot arrange the warm-up matches with the strong teams due to financial terms.

Iran coach Carlos Queiroz and Persepolis (most popular football team in Iran) trainer Branko Ivankovic have not solved their problems after months and it seems there is no obvious solution since there has been complete neglect and mismanagement by the football federation over the issue.

The coaches’ problematic situation has affected the fans as Team Melli friendly match against Trinidad and Tobago was attended by just 2,000 spectators in Tehran’s Azadi Stadium.

After the match, Queiroz’s assistant Oceano da Cruz attacked an Iranian journalist and the bust-up immediately went viral on social media. Queiroz also opted to interview with a reporter from Trinidad and Tobago in locker room instead of participating in post-match news conference.

Iranian reporters boycotted Queiroz’s conference on Sunday in response to this.

Forty-two years have passed since Team Melli last won the AFC Asian Cup – too long for such a giants of the Asian game – and Queiroz is determined to end title drought; however the chaotic situation has overshadowed what needs to be done.