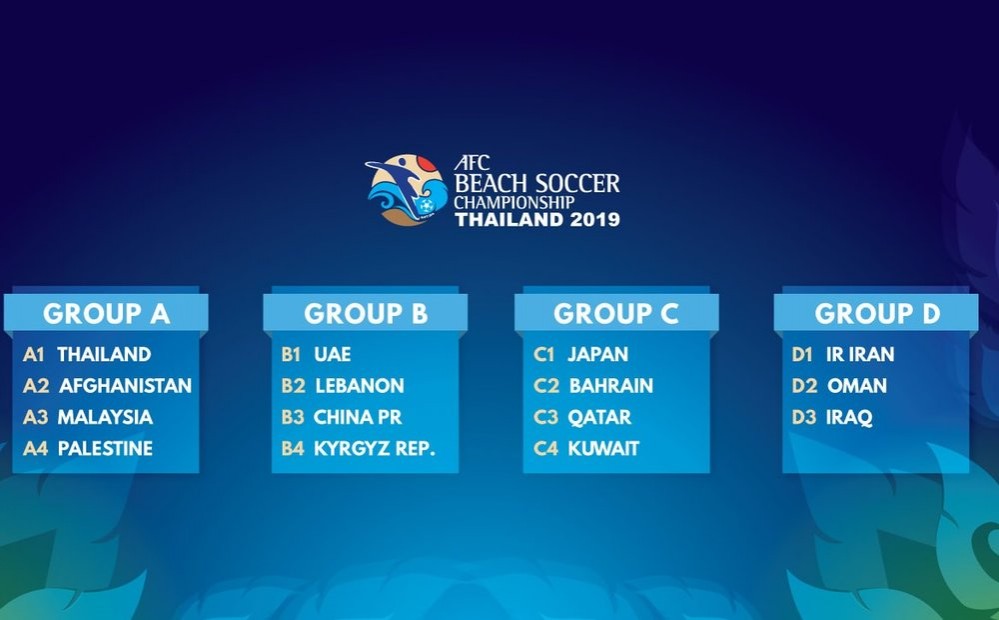 IR Iran are the highest ranked team following their success in the inaugural AFC Beach Soccer Championship Malaysia 2017 where they cruised to a 7-2 victory over the United Arab Emirates (UAE) in the final.

The second edition of the premier beach soccer championship in Asia will be contested by 15 teams, three more than the inaugural edition played in Terengganu, Malaysia in 2017.

There will be much at stake as the leading three teams will represent the Continent at the 2019 FIFA Beach Soccer World Cup in Paraguay.


The 15 participating teams will be divided into three groups of four and one group of three sides. The countries are seeded based on the final ranking of the AFC Beach Soccer Championship Malaysia 2017.

Palestine, Kuwait and Kyrgyz Republic are unranked as they make their debut in the Championship next year.